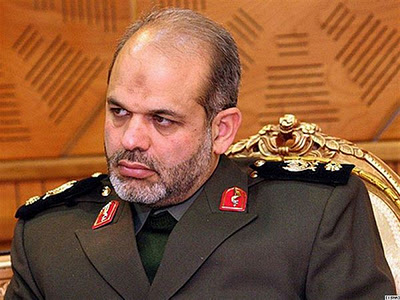 Brigadier General Vahidi told IRNA on Wednesday that the MKO has been created through the support of certain Western countries.

"The continuation of the MKO’s presence in Iraq to go on with terrorist activities has grown so important [for the West] that they now stress the persistence of such presence,” the Iranian defense minister pointed out.

He also said the fact that the MKO carries out its activities in the Western countries demonstrates the West's support for terrorism.

Western countries are overtly seeking to maintain the terrorist activities of the MKO, and all their efforts are intended for that purpose, he said.

The group is also known to have cooperated with Saddam in suppressing the 1991 uprisings in southern Iraq and the massacre of Iraqi Kurds. The group has carried out numerous acts of violence against Iranian civilians and government officials.