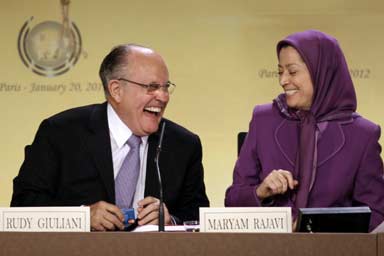 Undeterred by a federal investigation into the activities of some of his peers, Rudolph Giuliani has shown unwavering support for an Iranian dissident group called the People's Mujahedin of Iran, also known as the Mujahedin-e Khalq or MEK.

Some two weeks ago, Edward G. Rendell received a subpoena seeking information on speaking fees he had received from Mujahedin-e Khalq terrorist group.