According to Habilian database, in an article published on his blog, Richard Silverstein wrote that 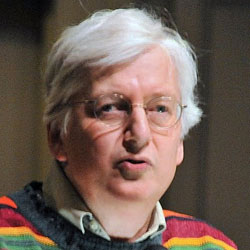 “if you’re a terrorist on behalf of Israel, as MEK is, then you’re kosher as far as Dershowitz is concerned. And your money is golden.”

The Seattle based blogger raises the question: “how much money is the MEK dropping on Dershowitz?” “I’d be shocked if he’d sell himself any cheaper than $50K a pop.”

At the February 25 conference in Washington, Alan Dershowitz, American lawyer and Harvard professor, voiced his support for Mujahedin-e Khalq terrorist group and called their last temporary home in Iraq (Liberty) "a garbage dump".

Silverstein believes that the money paid to the politicians comes from “the Iran assassinations the MEK performs on Mossad’s behalf, which undoubtedly pay well.”

“Then there’s the possibility that the $400-million Bush allocated for destabilizing Iran in 2007 has found its way either to the MEK or Mossad (or both),” he added.

He made reference to Josh Rogin’s article on Foreign Policy in which he asserts that Liberty is not what Giuliani or Dershowitz claim. Rogin said that neither Giuliani nor Dershowitz ever called Camp Liberty a "concentration camp" or a "garbage dump" when it housed hundreds of U.S. soldiers for years during the Iraq war.

Silverstein then called Dershowitz “a fabulist”, for his claims on the Camp Liberty and describing it as “a garbage dump.”

He added that he loves it when shady violent thugs like the MEK tout Dersh’s so-called street cred as a "human rights advocate":

“The only human right he (Dershowitz) cares about is Israel’s 'right' to do whatever the hell it wants to the Palestinians,” the Jewish blogger further urged. "As far as the rights of others go, he could give a crap. Unless of course, it serves Israel’s interests."

He argues that Mujahedin-e Khalq terrorists are “excellent co-opters of slogans designed to win the hearts of U.S. politicians and civic leaders.” “They touch all the bases and use all the appropriate buzzwords like ‘liberty’ and ‘democracy’.”

He went on to say that if anyone who’s taking MEK cash thinks these people advocate democracy for Iran, let them take a look at the people they assassinated before they were run out of the country after the 1979 Revolution, or the Americans they murdered afterward.

Describing MEK terrorists as “radical extremists”, Silverstein says that they are “willing to use any and all means to gain their objectives.” “When it was convenient for them to kill Americans, they did so. Now that it’s more convenient and remunerative to kill Iranian scientists, they do so.”

MEK’s big pockets and buying western politicians to speak on its behalf is an issue about which there has been many reports and evidences.

Washington Times reported on Friday that the Treasury Department’s counterterrorism arm is investigating speaking fees paid to a long-time Democratic Party leader who is among the most vocal advocates of Mujahedin-e Khalq terrorist group.