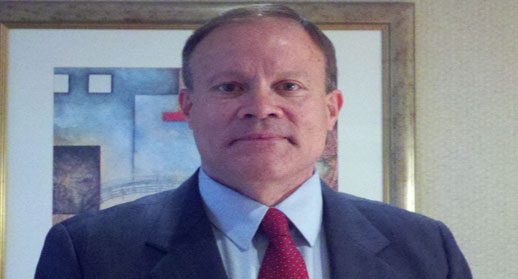 Habilian has interviewed Mark Dankof, former US Senate candidate and a San Antonio-based political commentator, about the Mujahedin-e Khalq (MEK, also MKO and PMOI) and the latest developments surrounding the terrorist group. What follows is an approximate transcript of the interview.

Habilian: Mr. Dankof, there have been allegations recently that the MEK was involved in the recent bomb blasts in Thailand. What do you think of these allegations? If you place any validity in them, for what purposes would the MEK have been involved?

Mark Dankof: I am aware of the allegations made by Syed Sulaiman Husaini, the Shia leader of Thailand, that the MEK was directly involved, and that all four of the suspects were MEK operatives. His allegations were published in the Bangkok Post. Mr. Husaini’s allegations make perfect sense to me. In the first place, the Iranian government is not reckless enough to sanction such an absolutely absurd undertaking, any more than the so-called Saudi Ambassador assassination plot in the United States Iran was linked to by the American media.

I emphasized this in my last conversation with you fine folks and with Press TV. Tehran would have everything to lose by such actions, in essence handing the Zionists the public casus belli they seek in conjunction with the Zionist-affiliated War Party in the United States. Everything about this recent incident in Bangkok points to a False Flag Operation conducted by the Mossad and the MEK for purposes of discrediting Iran, facilitating their propaganda campaign about Iran’s posited danger to the international community, and diverting attention from their own obvious acts of terror within Iranian borders in recent years, including the assassinations of the 5 Iranian nuclear scientists.

NBC News has all but confirmed MEK/Mossad involvement in these killings, quoting an “unnamed senior U.S. official” as confirming a direct Israeli/MEK involvement not only in these 5 murders, but in other acts of terror in Iranian Azerbaijan, Khuzestan, Balochistan, and Khorasan provinces.

Here is the bottom line. The United States and Israel are already at war with Iran, as Ron Paul has correctly observed. The recent articles by Pat Buchanan, Pepe Escobar, and Alex Newman of the New American are among those which chronicle the real reasons for this bellicose policy of unmitigated aggression. These reasons have nothing to do with the Zionist propaganda poured into American homes every evening by Corporate Media. The Zionist doctrine of Eretz Yisrael, Iran’s forced entrance into a Jewish dominated international central banking system at gunpoint, and the control of Iranian oil, natural gas, and pipeline routes by Western multinational energy consortiums is the real agenda. And one of history’s most bitter ironies and paradoxes is that the Marxist-Leninist MEK is a tool in the achievement of these evil objectives. The real point of intersection in all of this may well be the truism that Marxism, Zionism, and Multinational Corporate Capitalism have an identical disregard for God and a complete lack of respect for the sanctity of human life—especially Iranian human life.

Habilian: The hue and cry of the MKO is that the conditions at Camp Liberty in Iraq are dire and inhumane, and that Iraqi forces are a threat to the wellbeing of the MEK members at the new camp, even though the United Nations has confirmed that Liberty meets international standards. What do you think of all of this? Is the MEK going to resist further attempts at relocation? What will Iraq’s reaction to continued resistance be?

Mark Dankof: The propaganda campaign being waged by the MKO over their status in Iraq is being aided and abetted by Israel’s Lobby in the United States, as is made clear by reading Ron Kampeas’ piece for the Jewish Telegraphic Agency and the Jerusalem Post entitled, “Pro-Israel Voices Want MKO off Terrorist List.” I have some advice for both Iraq and Iran. I believe all 3,400 MKO members should be returned to Tehran. Those determined to have been directly involved in crimes should face a public tribunal for their massively expansive list of violent acts undertaken in that country since 1965. The witnesses in the tribunal would include a rather impressive list of Westerners victimized by the MEK, including Constance Wilson Andresen, the ex-wife of Professor Raymond Tanter of Georgetown University who heads up the MEK’s chief front organization in the United States, the Iran Policy Committee.

The world needs to hear Mrs. Tanter’s story, the stories of the American family members whose loved ones were assassinated by the MEK during the days of Pahlavi Iran, the role of the MEK in killing dozens of members of the IRI government in Iran in the early 1980s by bomb blasts, the utilization of the MEK by Saddam Hussein against Iran during the Iran-Iraq War from 1980-1988, the role of the MEK in carrying out the murder of Kurds at Mr. Hussein’s directive, and the particulars of the murders of 17,000 Iranians by this Marxist-Leninist cult.

The horrific criminal record of this organization, when exposed by open public tribunal, will simply underscore the moral bankruptcy of the Israeli government presently in league with these people, and the connivance of Israel’s agents in the United States government with these murderers.

Habilian: What do you think of barring Miryam Rajavi [co-leader of the MEK with husband Masoud Rajavi] from entrance into the UK?

Mark Dankof: She should be barred. She should also be expelled by France, along with her husband, and sent back to Tehran to stand trial along with the other MEK expatriates currently in Iraq. Ed Blanche’s piece in June of 2009 for The Middle East on the MEK discusses the Rajavis. It should be read by everyone in the United States currently feasting on Zionist propaganda on the subject, along with the RAND Corporation dossier on this organization and its sordid history.

Mark Dankof: The sickening spectacle of the national gathering of the American Israel Public Affairs Committee (AIPAC) in Washington this coming week is, nonetheless, a pivotal event in world history, but for tragic and demonic purposes. Benjamin Netanyahu is coming here in an American Presidential Election Year to extort support from a groveling American Chief Executive of the United States, his wannabe opponents in the Republican Presidential Primaries, and key Congressional members of both major parties on Capitol Hill, also known as Zionist Occupied Territory. What happens at this gathering, and in the private meeting of Netanyahu with Obama and his Republican neo-conservative counterparts, may well determine the date when Israel’s overt aerial military operation against Iran begins. I believe it will happen before the American election. When it does, Philip Giraldi’s essay, “What World War III May Look Like,” underscores the horror and tragedy of the intended—and unintended—consequences that will undoubtedly follow.

I’d like to express one more thought tonight. I have always loved Iran since I first traveled there in 1974. It was my intention to return there for a visit this year, an intention unfortunately preempted by events beyond the control of any of us. I’d like any Iranian who reads my remarks, either in English, or in a Farsi translation, to know from the bottom of my heart that I am truly and sincerely sorry for the direction the relationship between our countries has taken in recent years because of the poison disseminated by the Zionist beast, and that I and many similarly powerless Americans are sickened and outraged by what is likely to transpire in the next year. I’ll never forget Iran and the kindness of its people as I encountered them personally many years ago as a young person. My memories remain bright. They will never die. The Old American Republic already has.