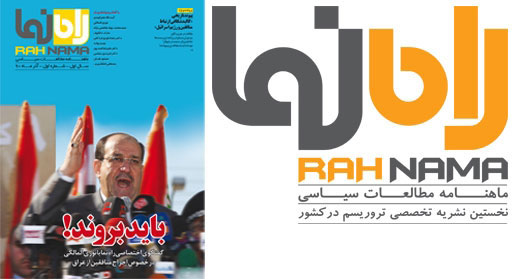 According to Habilian Foundation (families of terror victims in Iran), in an unprecedented move, Rah Nama Monthly Magazine in its first edition disclosed the documents, long-standing and secret relations of Mujahedin-e Khalq terrorist group with Israel, and also disclosed the complex and hidden aspects of the relationship in “Special Case”.

The first edition of the Monthly includes: Disfavored Man in the Eyes of MKO (MKO animosity and hatred towards Iraqi Prime Minister Nouri al-Maliki), Wikileaks focusing on the MKO (a review of scandalous information about MKO on the controversial Wikileaks website), MKO and the Baathist regime, old friends (a study and timeline of MKO’s evil alliance with Iraq’s former Baathist regime), and so on.

It is noteworthy to mention that Rah Nama Monthly Magazine is also available on the internet: http://www.rah-nama.ir/en/