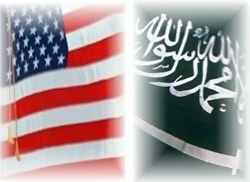 According to the reports coming from Baghdad, the US has asked its allies in the region, including Saudi Arabia, Azerbaijan, Jordan, Qatar and Pakistan, to give refuge to MKO members for conducting espionage activities on their soil.

Meanwhile, the terrorist group has also announced that it is ready for a gradual pullout from Camp Ashraf.

The Ashraf Camp, about 120 kilometers (74.5 miles) west of the Iranian border, currently houses more than 3,400 MKO members. The notorious camp was scheduled to be closed by the end of 2011, but a few days before the planned expulsion, the Iraqi government, under US pressure, agreed to a UN plea to extend by six months a year-end deadline to shut down the headquarters of the anti-Iran terrorist group on its soil.

Mujahedin-e Khalq Organization, which has carried out numerous acts of terror and violence against Iranian civilians and government officials, fled to Iraq in 1986, where it enjoyed the support of Iraq's executed dictator Saddam Hussein and fought alongside Iraqi troops during the Iran-Iraq war.

The terrorist group is also known to have collaborated with Saddam in the bloody repression of the 1991 Shia Muslims in southern Iraq and the massacre of Iraqi Kurds in the country's north. Iran has repeatedly called on the Iraqi government to expel the group, but the US has been blocking the expulsion by mounting pressure on the Iraqi government.

While the MKO is designated as a terrorist organization under US law, and has been described by State Department officials as a repressive cult, The New York Times recently reported that Washington is mulling over removing the MKO from its terrorist watch list and giving refuge to its members.