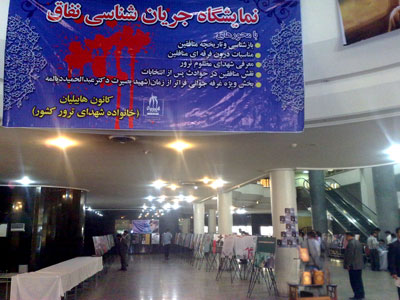 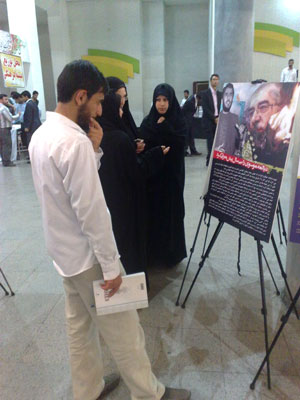 The exhibition also provided documents on the MKO’s assassinating senior Iranian officials, launching mortar attacks on civilians and the role of the cult in Iraq-Iran war. The visitors were also provided with documents on the MKO’s crimes in Iraq as Saddam’s private army and their assisting the Iraqi dictator in massacre of Iraqi Kurds and suppression of the Shiites Intifada in 1991.

The exhibition also included images and documents analyzing the 2009 post-election events in Iran and the process of transmogrification of some political figures–known as leaders of the modern hypocrisy, explaining their role in conducting riots and other aspects of their betrayal. 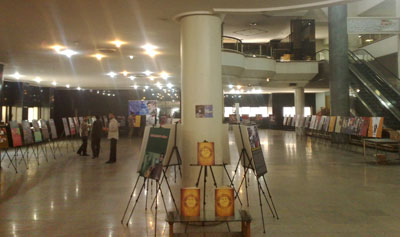 The MKO complicity with some anti-revolutionary organizations under the guise of human rights and charities, financial and espionage cooperation with notorious intelligence services around the world and their assistance to other groups for instigating unrest inside the country, were other parts of the exhibition.

The visitors were also provided with Habilian Association’s software products about the nature of terrorist groups and the crimes deviant political streams and terrorist groups like MKO committed in Iran.