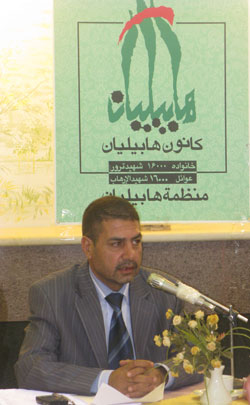 Chairman of an Iraqi legal committee tasked with investigating the crimes committed by the terrorist Mujahidin-e Khalq Organization (MKO) said that the committee has obtained documents substantiating a close military link and cooperation between the MKO and the Al-Qaeda terrorist group.

"Based on the very clear documents and evidence presented to our committee 800 Iraqis enter Camp Ashraf (now Camp New Iraq) on different pretexts, like construction work, everyday, but a majority of them are al-Qaeda members and receive military and terrorist trainings in the camp," Nafeh Eisa told FNA.

He added that the terrorist group has put pictures and portraits of al-Qaeda leader on the walls of the camp, respecting them as "heroes of Islam".

Earlier in May, an Iran-based right group said that it has obtained authentic documents proving that the terrorist Mojahedin-e Khalq Organization has long had tight cooperation with Al-Qaeda's terrorist cells in Iraq.

The document released by the Association for Defending the Victims of Terrorism (ADVT) belongs to the US-Iraq joint coordination force in Iraq's Diyala province, where the MKO's main training camp, Camp Ashraf is located.

The document reveals that the MKO has played an active role in insecurities and instabilities in Diyala.

The document further reveals that the terrorist group has helped the Al-Qaeda mount heavy canons and large-caliber machineguns onto their military vehicles.