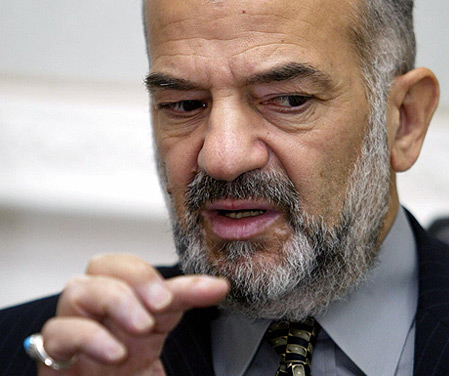 Former Iraqi prime minister Ibrahim al-Jaafari has said that judicial rulings have been issued for a number of the anti-Iran terrorist Mujahedin-e Khalq Organization (MKO) members, who are based in Iraq.

Jaafari, who is the leader of the Iraqi Shiite coalition, made the remarks during an interview with Iranian Mehr News Agency.

“Lawsuits have been filed against a number of the members of the terrorist MKO and rulings have been issued for them. It has been emphasized that their presence in Iraq is illegal,” he stated.

Al-Jaafari insisted that the Iraqi government “will never allow the MKO to take up arms against any country, particularly the neighbouring countries, including the Islamic Republic of Iran and Turkey”.

On September 20, Iraqi Finance Minister Baqir Jabr Alzubaidi said that Baghdad will put the criminal leaders of the terrorist group on trial before expelling them.