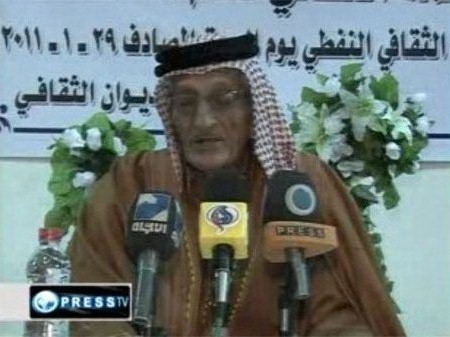 These people have come together to discuss the legality of the presence of the terrorist group of Mujahedin Khalgh Organization on their soil.

In this gathering organized by the Iraqi Tribal Council, many Iraqi officials, tribal leaders and ordinary people voiced their support for the tribes that are calling for expulsion of the organization from their country.

They also reminded the Iraqi policy makers of what they called the crimes committed by MKO against the Iraqi citizens under Saddam regime.

After the US invasion of Iraq in 2003, American troops disarmed MKO members based at the training base of the terrorist group at Camp Ashraf -- about 60km north of Baghdad. There are many in Iraq saying that despite the disbarment, the US and its allies delay evacuation of the camp.

The United States, Canada, Iraq and Iran have all designated the MKO as a terrorist organization.

The group is especially notorious in Iran for siding with former Iraqi dictator Saddam Hussein during the 1980-1988 Iran-Iraq war.