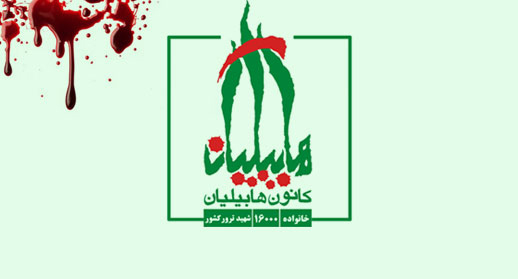 Habilian Association, an Iran-based human rights group, in a letter called on the US officials to drop support for the anti-Iran terrorist Mojahedin-e Khalq Organization (MKO) which has carried out numerous terrorist attacks against both Iranian and foreign nationals in the last four decades.

"To conduct a real campaign against terrorism, we, the families of terror victims, expect you to stop supporting and making an instrumental use of the terrorist groups, including the terrorist and anti-human group of Mojahedin-e Khalq, as a tool and move towards the total annihilation of terrorism," a letter by the group said on Tuesday.

Referring to the dark record of the MKO, the letter reminded that the terrorist group is one of the most hated terrorist organizations in the Middle-East, specially among the Iranian, Iraqi and Kuwaiti people.

The letter described assassination of seven American attaches and counselors and thousands of other innocent people as well as bomb attacks, plane hijack, aggression, armed robbery and money-laundering as among the other crimes committed by the terrorist group.

The MKO has been in Iraq's northern Diyala province since the 1980s.

Iraq's security forces took control of Camp Ashraf and detained dozens of the members of the terrorist group last year. The Iraqi authority also changed the name of the military center from Camp Ashraf to the Camp of New Iraq.

Some other ranking members of the MKO who have had a role in the assassination of a large number of Iranian citizens and officials are currently living in France.

The group started assassination of Iranian citizens and officials after the Islamic Revolution in a bid to take control of the newly established Islamic Republic. It killed several of Iran's new leaders in the early years after the Revolution, including the then President, Mohammad Ali Rajayee, Prime Minister, Mohammad Javad Bahonar and the Judiciary Chief, Mohammad Hossein Beheshti who were killed in bomb attacks by MKO members in 1981.

He also explains how the group forces the families of its recruits to take part in pro-MKO demonstrations in the western countries by threatening to kill their loved ones.

Lacking a foothold in Iran, the terrorist group recruits ill-informed teens from Iranian immigrant communities in western states and blocks their departure afterwards.