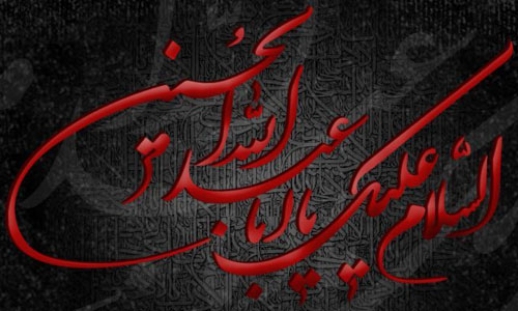 Arba'een is a Shiite religious holiday that occurs forty days after Aashura, the commemoration of the martyrdom by beheading of Hussein (pbuh) bin Ali (pbuh), the grandson of the Prophet Muhammad which falls on the 20th day of the month of Safar. Hussein (pbuh) and 72 supporters martyrdom took place in the Battle of Karbala in the year 61 AH (680 CE). Forty days is the usual length of the time of mourning in many Islamic cultures.

The occasion reminds the faithful of the core message behind Hussein (pbuh) 's martyrdom: establishing justice and fighting injustice, no matter what its incarnation -- a message that strongly influenced subsequent Shiite uprisings against the perceived tyranny of Umayyad and Abbasid rule.

In the first Arba'een gathering in the year 62 AH, Jabir ibn Abdullah, a companion of the Prophet, was one of the people who performed a pilgrimage to the burial site of Hussein (pbuh) (pbuh). Due to his infirmity and probably blindness, he was accompanied by Atiyya bin Saad. His visit coincided with that of the surviving female members of the Prophet's family and Hussein (pbuh) 's son and heir Ali, who had all been held captive in Damascus by Yazid I, the Umayyad Caliph. Ali ibn Hussein (pbuh) had been too ill to participate in the Battle of Karbala, but looked on from the sidelines.

The city of Karbala in Iraq, the third holy place of Shiite Islam, is the center of the proceedings where in a show of humility, many crawl through the streets of the city while others fall on their hands and knees as they approach the Shrines of Hussein (pbuh) and his brother Abbas ibn Ali (pbuh). It is customary among Muslims to pay tribute to their deceased person forty days after his death. This is because the Holy prophet (pbuh) has said; “The earth mourns the death of a believer for forty mornings”. (Bihar al-Anwaar)

Amongst the highly recommended actions for this day is to be in Karbala, the holy shrine of Imam Hussein (pbuh) for his Ziyaarah and that of the other Martyrs of Karbala. According to Imam Ja’ffar al-Sadiq (pbuh), one should also recite Ziyaarah-e-Arba’een (Salutations to Imam on the 40th day of his martyrdom). This Ziyaarah can be found in Almanac, page no.238 and also in Mafatih al-Jinaan.

Mourning Hussein (pbuh) is the tradition of all our Aimmah (pbuh) and was started by Imam Ali Bin Hussein (pbuh) after his return to Medina from the prison of Damascus. It is related that after his return to Medina, Imam Ali bin Hussein (pbuh) stayed aloof from the public in order to avoid being involved in their disputes and also to dedicate his time to worshipping Allah (SWT) and mourning his beloved father. He used to weep day and night. One of his slaves said to him, “I fear for you lest you should perish”. He said to him, “I only convey my complaints and my grief to Allah, and I know from Allah what you all do not know. Ya’qoob (Jacob) was a prophet whom Allah caused one of his sons to be separated. He had twelve sons and he knew that his son Yusuf (Joseph) was still alive, yet he wept over him till he lost his eyesight. If you look at my father, my brothers, my uncles, and my friends, how they were slain all around me, tell me how can my grief ever end? Whenever I remember how Fatima’s (pbuh) children were slaughtered, I cannot help crying. And whenever I look at my aunts and sisters, I remember how they were fleeing from one tent to another…” (Karbala & Beyond)