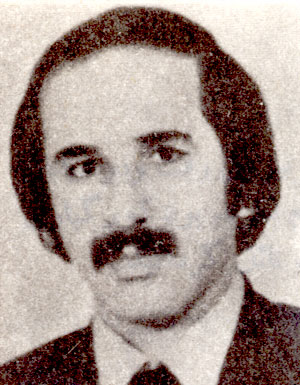 Martyr Farrokhzad Zare was born in a very religious family in the northern city of A’amol in 1948. There he grew up and went to school. After finishing the elementary and high school in the same town, Farrokhzad was dispatched to military service and after that he found a job in a bank in Ghaemshahr, while catching up on his studies in Babolsar supreme school.

From among the Obvious moral features of martyr Zare one can mention his religious obligations (praying, fasting and ...). He always helped the poor and wholeheartedly believed in Islam.

Amid the Islamic Revolution decisive days he always attended the anti-dictatorship demonstrations and protests and had a key role in the Muslim nation’s movements against the Shah.

Finally he was targeted and martyred by terrorist elements of hypocrites in January 1982 on his way to work.