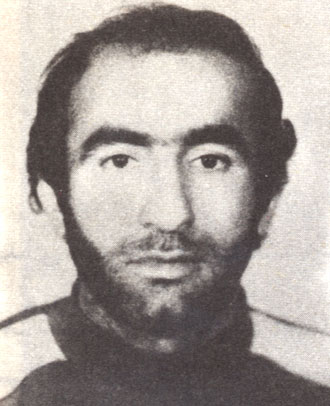 Martyr Ghasem Valipour was born in a very religious family in a village called Mir Alamdeh in 1955. There he grew up and went to school until he finished second grade in high school. Ghasem led an ordinary plain life while behaving the others with kindness and patience and loved his country and people and people liked him too. In 1974 he was dispatched to military service; but fled the garrison a few times due to his commanders’ oppression. He was once captured and sent to prison.

During the Islamic revolution in its peak, Ghasem played a key role in anti- dictatorship activities in the region. After the victory of the Revolution he went back to his hometown and was finally shot martyred during the Aamol conflicts on January 26, 1982.