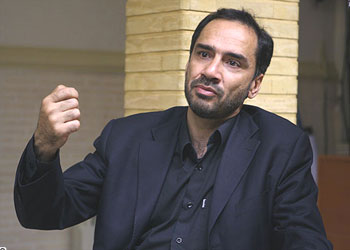 In an interview with Fars News Agency, Secretary-General of Habilian Association (Families of terror victims in Iran) denied the rumors over MKO leader's death and said: "This forged news was released by the MKO in order to evaluate the present status within the country.

Mohammad Javad Hashemi Nejad who spoke to a FNA foreign policy correspondent noted: By publishing such rumors, the MKO tries to evaluate the current status inside the country so as to adopt new strategy based on the responses they receive from inside the country.

He also pointed out that MKO gang leaders statuses are always monitored by relevant authorities and if such an incident happens it would be announced by official sources.

Secretary General of Habilian Association also stated that MKO terrorist cult, which has so far committed numerous crimes against Iranians, is very much hated by the people and such hatred caused this fake news be released very quickly.