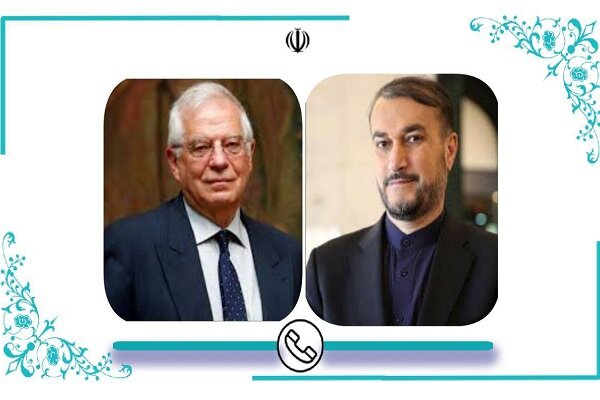 The Iranian foreign minister Hossein Amir-Abdollahian says that the European Union has become a victim of terrorist groups' ambitions.

Amir-Abdollahian made the remarks in a phone call with the EU foreign policy chief Josep Borrell on Friday.

Appreciating Joseph Borrell for his role in dialogue and interaction, he criticized the measures taken by some radical politicians in Europe.

Therefore, the strategic goals of the European Union have become a victim of the ambitions of violent and even terrorist groups that give false information to these politicians, the Iranian foreign minister said.

He considered the role of the High Representative of the Union for Foreign Affairs and Security Policy to be important in keeping the European Union away from non-constructive emotions.

During the phone talks, Amir-Abdollahian and Borrell also discussed the latest developments on the JCPOA negotiation process and cooperation between the Islamic Republic of Iran and the International Atomic Energy Agency.

Referring to his efforts to return all parties to the commitments agreed in Vienna, Borrell emphasized that he will continue for reaching an agreement.