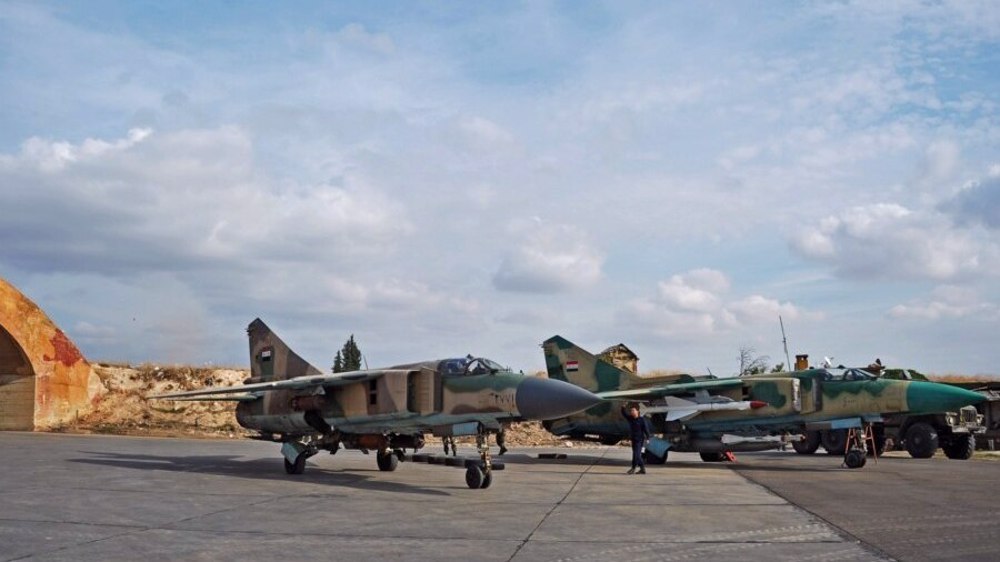 Syrian government forces have killed dozens of al-Nusra Front terrorists in a strike conducted in retaliation for the murder of five soldiers.

Russia’s Tass news agency on Sunday quoted Oleg Yegorov, the deputy chief of the Russian Center for Reconciliation of the Opposing Parties in Syria, as saying that the Syrian air force targeted positions of al-Nusra Front “in response to a massive drone attack staged by terrorists on positions of Syrian government troops near Salma in the Idlib de-escalation zone which claimed the lives of five Syrian soldiers.”

The retaliatory strike killed 93 militants, including senior commanders, and seriously injured 135 others.

It also destroyed a training camp and underground shelters belonging to the terrorists near the settlement of Ashkhani Takhtani.

According to the Russian defense ministry, a drone workshop, a mobile radar station, and about 40 ready-to-use combat unmanned aerial vehicles were also destroyed by the Syrian troops.

Syria has been gripped by foreign-backed militancy since March 2011. Since then, Western governments and their regional allies have been aiding the terrorist groups wreaking havoc in the Arab country.