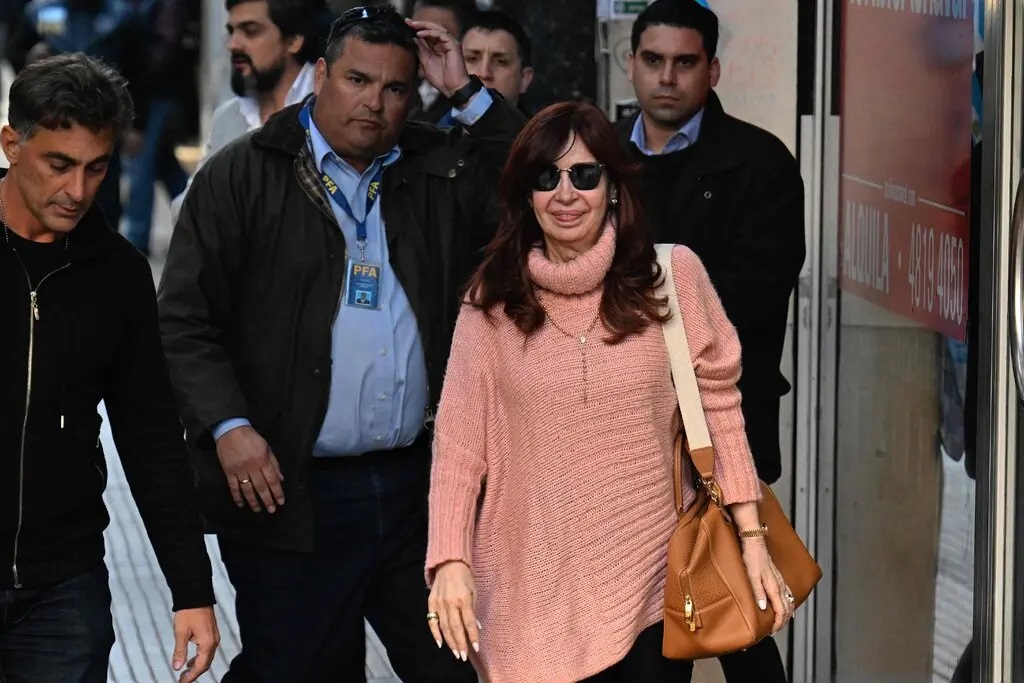 The man who the authorities believe tried to shoot Cristina Fernández de Kirchner showed an interest in a mix of fringe ideologies, including the far right, his social media showed.

Cristina Fernández de Kirchner has been the most prominent politician in Argentina for almost two decades. After an eight-year run as president, she is now the country’s leftist vice president, and political analysts are expecting her to make a bid to return to the top job next year.

So it was a bombshell when Argentine prosecutors announced last week that they would seek a 12-year prison term for Mrs. Kirchner over accusations, which she denies, that she directed taxpayer money to a friend. Since then, hundreds of her supporters have rallied outside her Buenos Aires home every night, calling her a victim of political persecution.

It was that scene Mrs. Kirchner walked into just after 9 p.m. on Thursday, returning home from a long day at work. Flanked by her security detail, she greeted the mass of supporters lining the street. The mood was happy.

Then, just as she placed a hand on the cheek of one supporter, a man rushed up, aimed a pistol inches from her face and pulled the trigger. Mrs. Kirchner ducked and raised her hand. But the gun did not go off.

It was a stunning moment in the tumultuous history of Argentine politics — a man attempting to assassinate the vice president with multiple cameras trained on the scene — that will forever be remembered for how close it was to being much worse.

“Cristina is still alive because, for reasons that have not been confirmed technically, the weapon, which was loaded with five bullets, did not fire,” President Alberto Fernández said in an address to the nation on Thursday night. “This is the most serious event since we recovered our democracy.”

Mr. Fernández declared Friday a national holiday and called on the country to show its support for Mrs. Kirchner and condemn violence. Tens of thousands of people flooded into Plaza de Mayo in downtown Buenos Aires in a peaceful rally on Friday afternoon.

The federal police arrested Fernando Andres Sabag Montiel, 35, an Argentine citizen who was born in Brazil. They recovered a gun at the scene, and on Friday, local media said they found 100 bullets in his studio apartment in a working-class suburb of Buenos Aires. By Friday afternoon, the authorities still had not charged him.

The authorities have not said what might have motivated the gunman.

Mr. Montiel, who is registered with tax authorities as an Uber driver, appeared to be steeped in an eclectic mix of fringe ideologies and interests, including the far right, according to his apparent tattoos and social-media profiles. He liked dozens of Facebook pages connected to far-right groups, conspiracy theories, mysticism, free masonry, alchemy and kabbalah, among other things.

Photos he posted to social media showed that he had what appeared to be a version of the Black Sun, a neo-Nazi symbol, tattooed on his left elbow. And for some time, he used the symbol of the Tyrodal Order of Knights, a fringe, far-right Argentine group from the 1980s, as his Facebook profile photo.

Many of the Facebook pages he liked, including of groups devoted to paganism, Vikings, death metal and certain philosophers, do not on their own indicate a connection to the far right. But when taken together, they are a common collection of interests of someone on the far right, said Boris Matias Grinchpun, a historian and lecturer at the University of Buenos Aires who studies the history of the far right in Argentina.

“It’s like a supermarket basket,” he said. “When you see what this person is buying in the free market of ideology — he takes a little bit of Gnosticism, a little bit of Nimrod de Rosario, a little bit of Viking — so when I see this basket, I know that he’s a far-right customer.”

Federico Finchelstein, a historian at the New School who is from Argentina and studies populism and fascism in Latin America, said that Mr. Montiel appeared to fit the profile of other recent mass gunmen or terrorists. He said those men had identified with the far right but were not deeply connected to any political movement, listing as examples the perpetrators of attacks in Norway; Christchurch, New Zealand; Buffalo; and El Paso.

“They’re not explicitly connected to an organization but yet they relate to a fascist ideology,” he said.

Mr. Montiel’s lawyer, a public defender, did not respond to requests for comment.

Mr. Montiel was described by friends in news reports in Argentina as eccentric, insecure and dishonest, but not necessarily violent or deeply involved in politics. His social media profiles, which were quickly taken down, showed a man who posted dozens of selfies, showing off long haircuts, flashy shirts and a collection of tattoos. On the back of his hands, he also had tattoos that appeared to be a Celtic cross and, from Norse mythology, a Thor’s hammer symbol.

By coincidence, he was interviewed twice on Argentine television in recent months, as an average citizen on the street giving his opinion on politics. In one clip, he and his girlfriend, who is seen selling cotton candy on the street, criticize Argentina’s social-welfare programs, saying they make people lazy.

In another, he was asked if he supported Argentina’s new finance minister. He responded, “Hell, no.” And then he offered an unsolicited opinion: “Not Cristina either,” referring to Mrs. Kirchner, nor a right-wing libertarian politician, Javier Milei.

Mrs. Kirchner, 69, was Argentina’s president from 2007 to 2015 and the first lady during the previous four years. She and her husband, Néstor Kirchner, gave rise to Kirchnerism, a left-wing movement that remains one of the most powerful political forces in Argentina.

In 2019, she became vice president after masterminding a political ticket in which she would run for the No. 2 seat and Mr. Fernández would seek the presidency. Argentine political analysts say that she is the odds-on favorite to run for president next year, when Mr. Fernández’s term ends, because of his dismal approval ratings amid the country’s rising inflation.

While Mrs. Kirchner is the country’s most prominent politician, and seen by many as more powerful than even the president, she is also Argentina’s most polarizing figure. Her face plasters posters in working-class neighborhoods, while Argentina’s right has long made her its top target.

The political rhetoric against Mrs. Kirchner had intensified in recent weeks amid the final stages of her corruption trial. Prosecutors accuse her of directing public roadwork funds to a company owned by a friend. She has denied the charges.

A verdict could arrive as soon as December, but even if convicted, she would most likely avoid any punishment for years as appeals play out. Last week, one opposition lawmaker commenting on her case said that Argentina should bring back the death penalty.

It was a quiet scene on Friday outside Mr. Montiel’s apartment in a pink, one-story, concrete building with a black metal door, a few doors down from an auto shop. The owner of the building rented Mr. Montiel and several other tenants small rooms inside, according to neighbors.

Ariel Fontana, who lives across the street, said Mr. Montiel was seen occasionally around the neighborhood but was not well known. “He seemed very respectful,” he said.

The authorities said the gun they recovered at the scene had five bullets. The gun was a Bersa Lusber 84 with the serial number partly removed, according to information and a photo in Argentine news reports.

Andrei Serbin Pont, an analyst and weapons researcher in Buenos Aires, said that gun model had not been manufactured in 40 years and that such old, small-caliber pistols are common on the illegal firearm market.