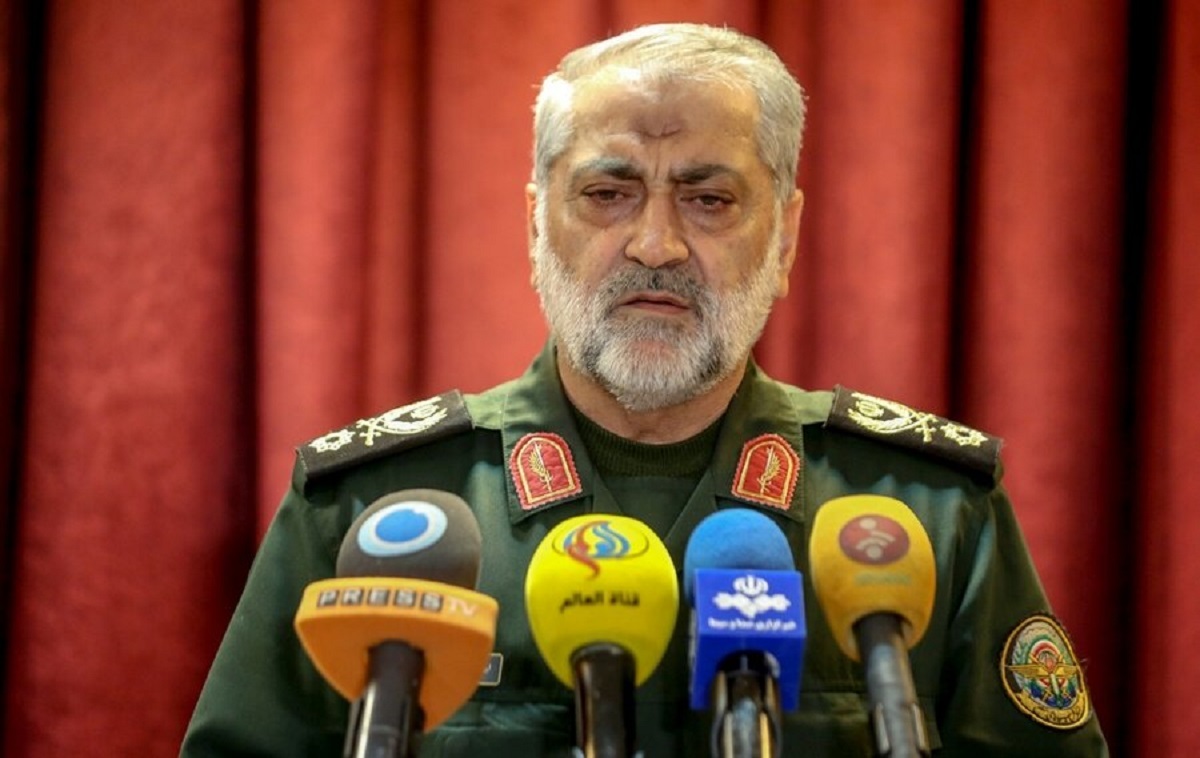 The spokesman for the Iranian Armed Forces on Tuesday described the United States as the leading state sponsor of terrorism in the world, saying Washington is the source of insecurity across the globe.

“The U.S. is the world’s biggest terrorist-nurturing country and the looter of the property of the people and the oppressed,” Shekarchi said while speaking.

“No insecurity happens in the world unless the United States is involved.”

Both commanders were highly popular because of the key role they played in eliminating the Daesh terrorist group in the region, particularly in Iraq and Syria.

Iran called General Soleimani’s assassination “state terrorism” and vowed to put an end to the U.S. military’s presence in the region as the ultimate act of revenge.

In retaliation, Iran’s Islamic Revolution Guards Corps (IRGC) launched a volley of ballistic missiles at the Ain al-Asad airbase in Iraq’s western province of Anbar on January 8, 2020, as a result of which 110 U.S. troops were diagnosed with “traumatic brain injuries”.

The IRGC, in announcing the missile strikes, warned the “Great Satan” that repeating such mischievous act would lead to “a more painful and more decisive response.” It also advised the American people to demand the pullout of their country’s forces from the region in order to save their lives.

“General Soleimani was and is invincible”

Elsewhere in his remarks, Shekarchi said General Soleimani was kind and compassionate toward the people while being firm, brave, and invincible in the face of the enemy.

He also noted that General Soleimani stood up against the Daesh terrorist group and destroyed the “predatory animal.”

“Who armed and supported this predatory animal?” he said, hinting at the U.S. government. “We should be careful not to confuse the martyr with the executioner.”

He also asserted that the enemy suffered more from the martyrdom of General Soleimani compared to when he was leading the Resistance Front, pointing to the increasing public push to expel American forces from the region.

A member of the European Parliament has condemned the U.S. for assassinating General Soleimani and al-Muhandis, saying “their heroic struggles against terrorism will never be forgotten.”

In a tweet on January 3, Clare Daly said the “legacy” of these two commanders “will prevail,” Press TV reported.

“Thinking today of #GeneralSoleimani & #AbuMahdialMuhandis unlawfully assassinated by the #US on this day two years ago. #Anti_terrorism_hero. Their heroic struggles against terrorism will never be forgotten..their legacy will prevail,” Daly wrote.

Dr. Alam Saleh, an international relations expert, says General Soleimani changed the rules of the game after the U.S. invaded Iraq in 2003.

“Soleimani and his military fellows and theorists were worried about the U.S. presence as one of the most powerful military forces of history in the eastern, western and southern borders of the country,” Saleh, a lecturer in Iranian Studies at the Australian National University, tells the Tehran Times.

Saleh believes that since the United States cannot be confronted in a “direct military clash,” the Iranians tried to design the game in such a way that they have something to say.

He also says the structures that General Soleimani founded are “enduring”.

These structures existed before Gen. Soleimani “but his military genius helped him identify these structures and deploy them to create a deterrent power against any potential enemy,” Saleh notes.

He adds, “I think what made Soleimani distinguished was his capacity to strike a very good balance between Islamic-nationalistic ideology and pragmatism.”

It is interesting that Soleimani's enemies and Western generals were praising him as a military and security figure, the Australian National University lecturer remarks.