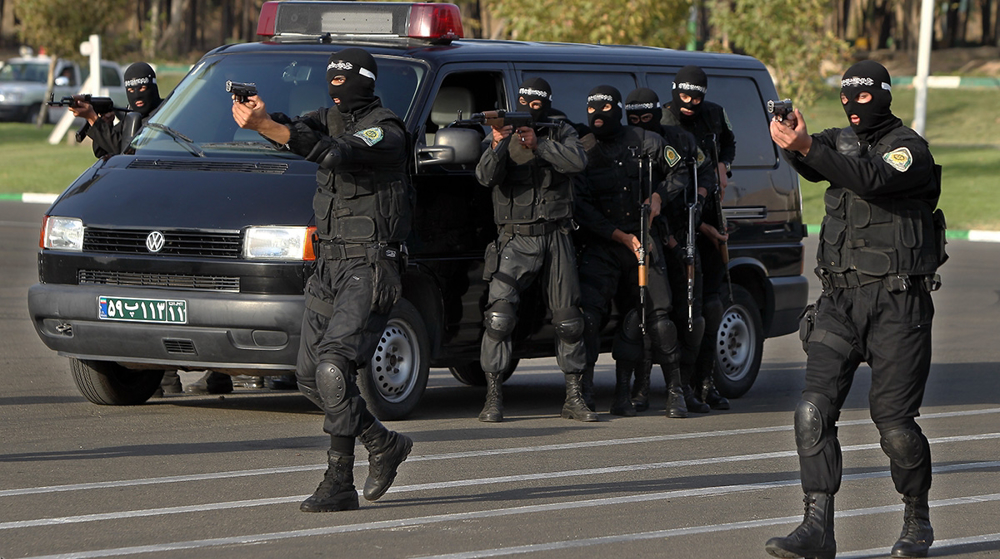 Iranian intelligence forces have arrested 10 Takfiri and anti-revolutionary terrorists affiliated to foreign spy services in the southeastern city of Kerman.

Kerman Province’s Prosecutor Dadkhoda Salari told reporters on Wednesday that the terrorists were attempting to carry out acts of terror and harassment, create insecurity through violent measure, but were identified by Iranian intelligence forces.

“A number of these Takfiri elements had entered the province from abroad in order to incite insecurity, while some others inside the country had been receiving training from abroad to carry out acts of sabotage,” the official added.

He added that the intelligence forces had also confiscated weapons belonging to Takfiri and anti-revolutionary terrorists and perpetrators of organized crimes.

An official with Iran’s Intelligence Ministry said earlier this month that an Israeli spy and a number of other spies tied to security services of different countries had been arrested in the northwestern Iranian province of East Azarbaijan.

Iran’s Islamic Revolution Guards Corps (IRGC) Ground Force’s Quds Base also announced last week that it had destroyed a team of terrorists, who had entered the region to carry out acts of terror, in the southeastern province of Sistan and Baluchestan.