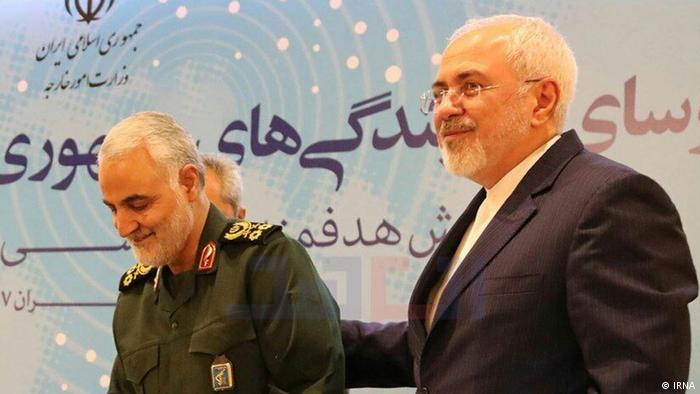 In an Instagram message in Persian, Zarif said that he has paid tribute to martyrs Soleimani and al-Muhandis at a site where is the symbol of Donald Trump’s criminal ‘despair’. “I felt proud of the heroes of this land.”

“The honor of deep friendship and cooperation with Haj Ghasem continued for more than two decades and our relations did not fade till his martyrdom, but always going deeper,” wrote Zarif.

“I have always shouted the firmness, humanity, peace-seeking and courage of Martyr Soleimani not just today in the presence of the great Iranian nation, but inside and outside the country and in closed or open meetings in the past two decades,” wrote the minister.

“And I have repeatedly noted that if peace is established in Afghanistan and Iraq, and if ISIL terrorism has been defeated, these are the result of wisdom and courage of General Soleimani and the self-sacrifice of the people of those countries more than anything else.”