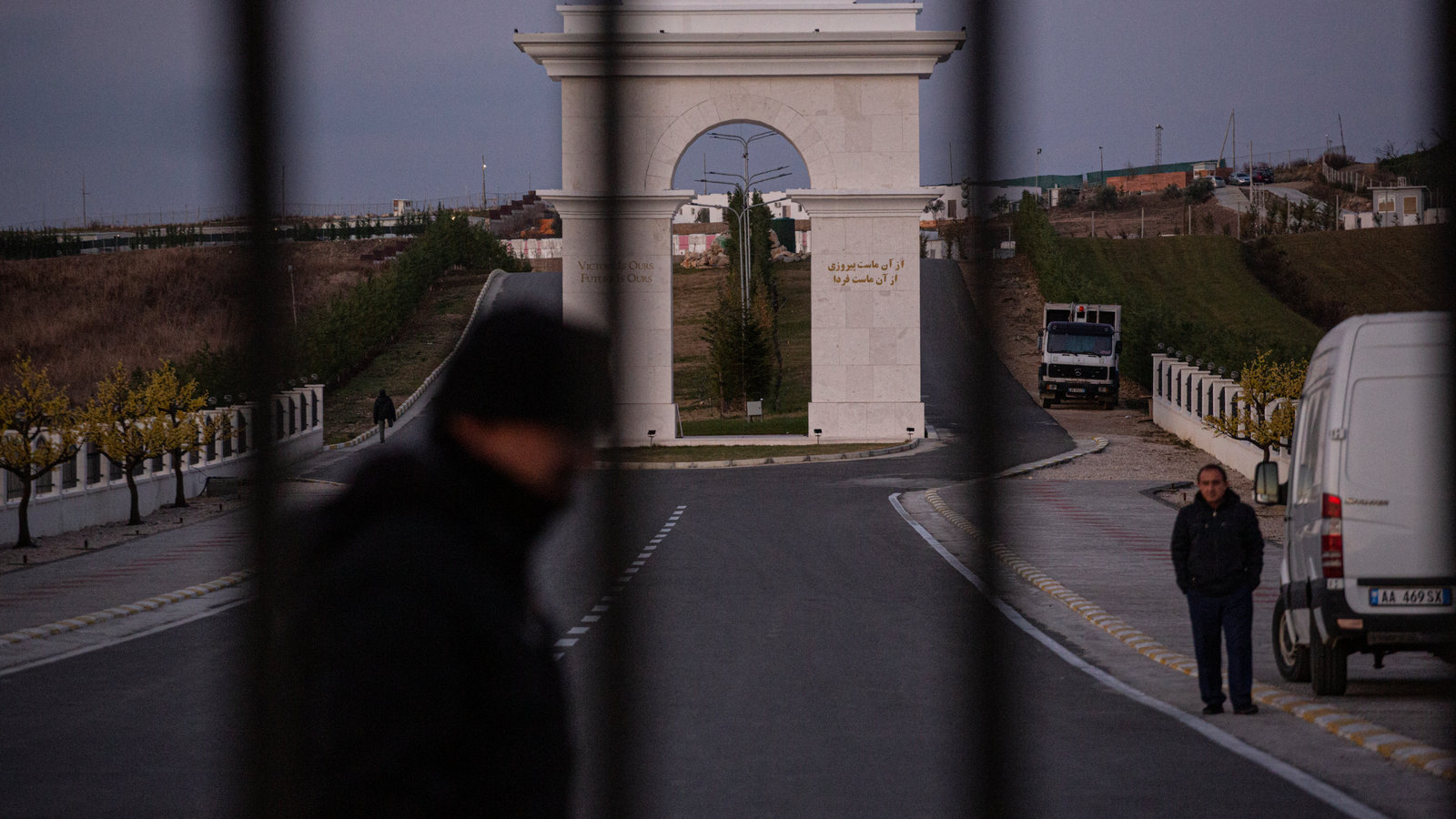 In a world where terrorists have engulfed us and killed legions of innocent civilians everywhere for their ideologic and political purposes, financial backing plays a key role in maintaining their existence. Terrorists adopt numerous ways and methods for financing their activities. The traffic in human, organs, drugs, arms and smuggle in artefacts and gasoline are among the methods employed by most of the terrorist groups and what’s more, receiving financial support from some intelligence services has been one of the most common ways for the terrorist groups to achieve money and logistics in return for their services.

Finally, money-laundering is being used by the groups as a way to remove all traces of the incomes in order to argue that they have received their financial sources through legal economic activities.

During the recent years, most countries and international organizations have performed many restricting activities on war against money-laundering and terrorism financing, but terrorists have always found an array of tactics to circumvent the restrictions.

Although it may be more difficult and more complicated than other methods to block the financial supports of these groups by intelligence services, because of the covert backing of the governments, a constant monitoring and control of international financial institutions over these groups and organizations and using mechanisms that force them to make their financial resources and spending more transparent, can prevent them from bypassing international restrictive measures.

The Mujahedin-e Khalq Organization is an example of this description, which we will examine its financial status in this report.

People ask how an organization that, despite being on the terrorist list of countries such as the US, Britain, Canada and the EU, can cover its operating expenditure, invite and pay for domestic and foreign guests and hold costly annual gatherings in one of the largest conference halls in Europe?

What makes this question significant, and the lack of a definite answer to it adds to the concerns is that the MeK is an armed group with a Marxist background that, in addition to assassinating a number of US citizens in Iran during the 1970s and conducting suicide operations on a number of Iranian clerics in 1980s, have killed some 12000 Iranian citizens during the same period and ended up in Iraq as an ally to the Iraqi dictator. The concerns are heightened when a group with such a dreadful background, whose deceptive activities continue to be corroborated by think tanks and intelligence services, has used its financial resources to change into a terrorist threat again. Particularly, because the group, according to international documents and reports, was forcibly disarmed in 2003 and the surrender of its arms was not voluntarily. Even now, the leader of the group constantly makes his terrorist threats through its Persian-language -- not English -- social media pages.

Now we have to raise the key question: how such an organization with 2300 uniformed members in a large camp in Albania, over 200 others in France and the US, a 24/7 satellite channel, several web-sites and thousands of real and fake social media accounts, large number of gatherings and costly annual conference in different parts of Europe and the US, etc. can meet its exorbitant costs?

The MeK announces that it has full financial independence, secured only through Iranian citizens supporting the group. In November 2019, the MeK claimed that it had asked every single Iranian citizen for $10. Later, they announced that they gathered a total $6.9 million! From what channels did they receive the donations? Why were the documents showing the transfer and deposit of the aid never published? Assuming that the announced number is correct, from which channel will the other huge monthly expenses and their capital expenditures be provided?

Habilian Association, a center for terrorism studies in Iran which is in charge of enabling the terror victims to sue the terrorists, has recently published a study on the MeK’s monthly expenses during the recent years and achieved significant numbers.

Taking into account the main locations of the MeK namely Tirana, Paris and Washington, this report has done its best to roughly estimate the operating expenses as well as the fixed expenses and capital expenditures of this group. When estimating the operating expenses, multiple internet resources, reliable websites and statements of former MeK members were used to calculate costs of living in the aforementioned cities. In some cases where different prices for a given product or service were available, the average price or sometimes the minimum one was used in our estimation.

In addition, we avoided mentioning some of the capital expenditures and operating expenses for which we had no realistic estimates and reporting them would have reduced the accuracy and precision of our calculations. However, some of these expenses are indeed significant. For instance, in the annual rallies of the MeK in Villepinte, Paris, considerable sums of money are spent on decoration, lighting, filming etc. Similarly, there are incalculable expenses in Tirana camp as well. Examples include costs for construction of the museum inside the camp and lavish colorful decorations. Also, since it is not known how often senior members of this group travel between their location in Paris and Tirana camp, these costs were not calculated.

One of the most exorbitant operating expenses of the MeK is for food of 2300 members in the Tirana camp. Costs of three meals plus snacks along with basic utilities such as electricity, water, internet and heating and cooling systems come to a total of over 1 million dollars monthly. The average expense of shoes and clothing of members is $1,265,000 yearly which is roughly $105,000 a month. Even though these members receive only 10 dollars monthly in return for being constantly exploited, $23,000 as pocket money in a month is a rather high number.

There are also such expenses for MeK members in both expensive cities of Paris and Washington. Taking into account both official and non-official members of this group, we have estimated their expenses in US and France to be over $337,000 per month. Other expenses of this group including domain, web-hosting and renting 3 satellites for their channel are more than $132,000 monthly.

Adding up all figures showed that only the operating expenses of the MeK terrorist group reach $1,600,000 monthly. This number for a group, which seemingly has no economic activities is extremely odd and questionable. It is worth mentioning that expenses related to audio/video equipment such as CCTVs as well as studio equipment required for broadcasting programs on satellite channels which are approximately $73,000 are considered the MEK’s capital expenditures and are thus excluded from the group’s operating expenses.

More surprising is the construction costs of this group’s camp in Manz, Tirana. Assuming that the camp land was given to the MeK by the Albanian government for free, this land which has got about 347,000 square meters of area was fully constructed by the MeK from scratch. There are offices, compounds and residential areas in this camp and the construction is still ongoing. Supposing that only %60 of the whole camp area has been constructed- satellite images of the camp show a higher percentage- the cost of building this camp given the constructions costs in Albania, are more that 136 million dollars.

Other general or personal facilities that individuals need such as a closet, bed, fridge have not been included in the price. Nonetheless, costs of gym equipment in the camp’s gym are over $60,000. Doubtless one of the highest expenses of this group throughout the years has been the purchase of 1700 personal computers from an Albanian company right after settling in the camp. According to international reports and statements of the ex-MEK members, these PCs have been used as a tool to manage fake accounts of this group in Twitter, Facebook, Instagram and Telegram 24/7. Investigations indicated that this group paid more than $609,000 dollars to buy purchase these computers.

Apart from operating and capital expenses, the MeK hold numerous costly gatherings with their supporters during a year. In 2019 alone, the group held 12 events with foreign guests. Their annual and regular conferences are always held at the beginning of the summer at the Paris Conference Center in Villepinte, in one of its largest halls. In addition to foreign guests who are former and retired personalities, hundreds of foreign students and homeless French people, especially from minorities, attend these events. The present report is based solely on fees paid to foreign speakers and their ticket and hotel fees, while it excludes the cost of transporting international students from all over Europe by bus to Paris and a meal, as they have remarked in interview with various media.

From 2014 to 2018, 296 foreign personalities and former and retired officials attended the annual Villepinte gatherings to deliver speeches in support of the MeK. The Mujahedin paid more than $ 1.5 million for their flight to Paris. The cost of accommodation of these people in hotel is estimated at 207 thousand dollars. This is not the end of the story of Villepinte and its guests.

According to numerous international reports, which have been noticed by the US Department of Treasury, the MEK pays significant sums of money to former officials to speak in support of the group and demonize the Iranian government. According to Eli Clifton, a fellow at the Quincy Institute and an investigative journalist who focuses on money in politics, the Mujahedin pays $30,000 to $50,000 to former senior officials to give speeches to the group. It is estimated that the MeK has paid nearly $11 million to 363 speakers who attended the group’s events in Villepinte and Tirana from 2014 to 2019.

Since the outbreak of the COVID-19 pandemic, the MeK has tended to organize online events rather than face to face conventions. Benefitting from the new condition in terms of travel and accommodation expenses for foreign guests, the group continues to pay the speakers, although half of the amount.

The MeK’s annual gathering in 2020 was held online on July 17, in which 133 high-profile personalities delivered lectures. It is estimated that the group has paid about $2 million to the speakers.

In addition to the annual regular conventions, the MeEK also holds sporadic events in different European and U.S. cities. From 2019 to 2021, at least 255 speakers gave lectures at various events hold by the MeK around the world, costing the group more than $ 2.5 million. The calculations did not include costs such as poster and banner printing, photography, catering and decor decoration.

All that said is just part of the amazing expenditures of money by the MeK. Offering staggering sums into a violent terrorist cult without any audit and control, leads to nothing but promoting hatred and violence.

The MeK claims complete financial independence saying that all its expenses are covered by the Iranian people. For example, in 2019 they claimed that, $ 6.9 million was donated to the group by the people. Which and how many people provided this large amount? Iranians living abroad or Iranians inside the country? How and through what channels have Iranians been able to bring such a large amount to a terrorist group, given the US sanctions and the difficult economic situation? To which bank accounts? Are we facing a special money laundering? A number of seemingly pro-MeK Iranians who have the money of this group and they, as Iranian citizens living in Europe and the United States, send that money to the group’s accounts in the name of humanitarian aid?

If we accept this amount, what will happen to the other staggering operating and capital expenses of the MeK? According to the present report, these expenses, which are merely in the field of operating expenses related to food, nutrition, internet charging, water and electricity, etc., for the Albanian-based forces, excluding France and the United States, are more than $ 19 million per year, nearly three times as much as the $ 6.9 million donated by Iranian citizens. How do the rest of these costs financed?
The MEK must at least be accountable to international financial institutions.

The study could be downloaded here.