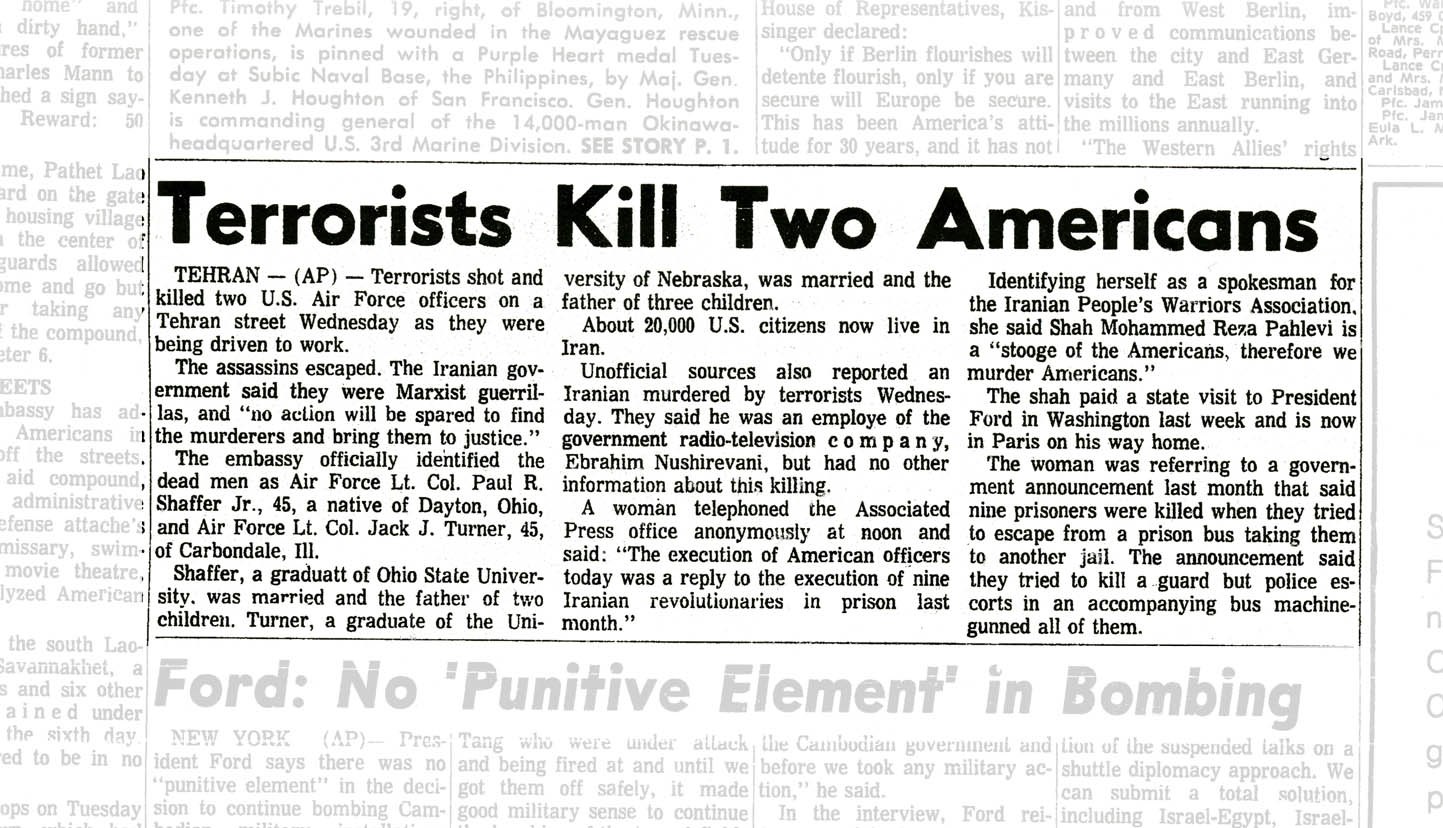 After the ideological change and adoption of Marxism, the organization still believed in armed struggle and the assassination plot of American advisors took place within that belief system.
However, when its experienced and efficient military team was hit in the summer of 1975, the organization was no longer able to form another team with that level of expertise and therefore, could not carry out high-level assassinations. Activities of the organization in the spring and summer of 1976 include bombings of Shemiran police station, Narmak municipality, and power station of Irna factory.

Considering the fact that almost a year had elapsed since the last major assassination attempt with an anti-imperialistic purpose, in the summer of 1975, the organization decided to put together a team to assassinate 3 high-raking American advisors.

This operation was in fact a manifestation of the anti-imperialist struggle of the organization and the American military advisors were perfect examples of Imperialism in Iran.

In addition, the organization aimed to convey the message that, even though the regime and SAVAK claimed to have annihilated all guerilla groups such as the Organization of Iranian People's Fedai Guerrillas, there were still powerful armed groups who could launch major military operations against them.

Moreover, the organization wished to know whether it was on the SAVAK’s watchlist and the successful assassination plot revealed that it was not. However, SAVAK had already identified some of their team-houses at the time.

Sterilization of Women in the MeK

Al-Azhar Voices Solidarity with Iraq in Fight against Terrorism