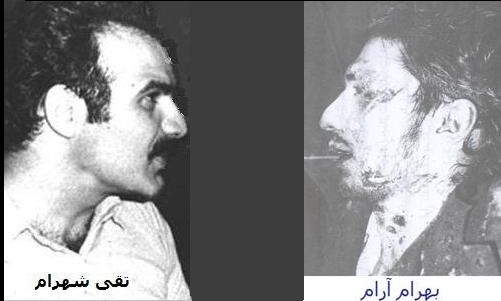 On November 16, 1976, Bahram Aram, one of the potent leaders of the organization, committed suicide with a grenade during a clash with the patrol officers of SAVAK and Shahrbani and this incident inflicted a severe blow on the organization. His death resulted in the disruption of all the affairs in Tehran, which were under his supervision.

It needs to be mentioned that even until 1977, most of the decisions were not taken democratically and terms were only dictated by Taghi Shahram as the leader. Therefore, despite the differences of opinion within the organization, it was never possible to adopt opposing views or even discuss them. That is how Shahram kept the organization united.

In the fall of 1976, Taghi Shahram was forced to step down, which led to the weakening of the so-called ultra-centralism. After the blow on Bahram Aram, Shahram’s substitute, there was no longer any ideological domination. At that point, members had more time to think about why they, the Organization of Iranian People's Fedai Guerrillas and other religious groups in general experienced failure and also why several blows were inflicted on them. Gradually, they came to realize that their armed approach was the main reason behind their ineffectiveness and defeat.

In this regard, in the late fall of 1976, an article entitled Political Dualism was written by this writer (Hossein Rouhani) in which the idea of military operations taking priority over political work was criticized.

Sterilization of Women in the MeK

Al-Azhar Voices Solidarity with Iraq in Fight against Terrorism