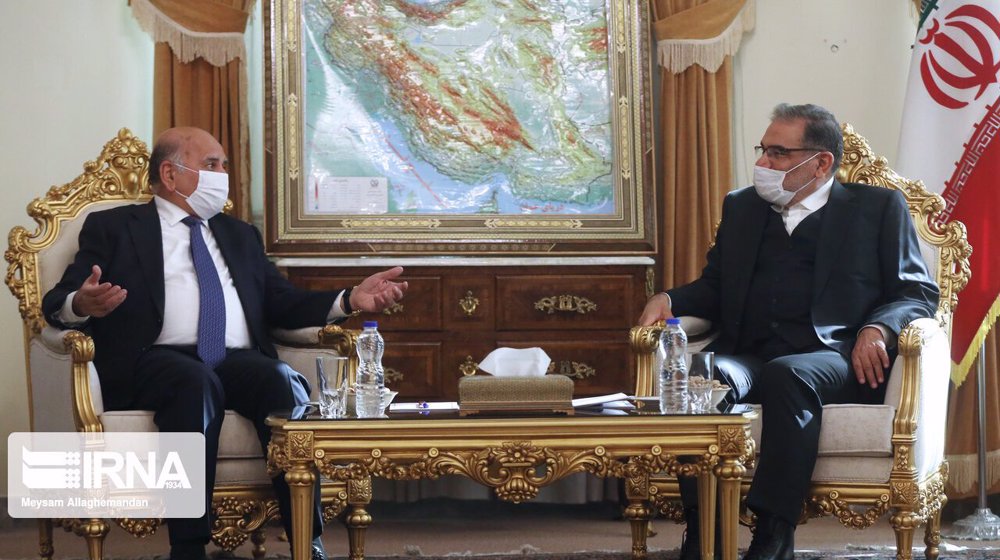 Iran’s top security official warns that the “brutal” US air raid against positions of resistance groups on the Iraqi-Syrian border was part of Washington’s attempts to revive “organized terrorism,” emphasizing that Tehran will never allow a resurgence of Takfiri terrorism in the region.

In a meeting with visiting Iraq’s Foreign Minister Fuad Hussein in Tehran on Saturday, Secretary of Iran’s Supreme National Security Council (SNSC) Ali Shamkhani denounced the recent measures by the United States to strengthen and promote terrorist activities by Daesh in the region and said the recent brutal attack against the anti-terror resistance forces was indicative of the emergence of “a new round of organized terrorism.”

“Iran and other countries fighting against terrorism will not allow [foreign-]affiliated Takfiri terrorism to revive once again in the region,” Shamkhani added.

He said the delay in the implementation of a bill passed by the Iraqi Parliament on the expulsion of foreign military forces from the country have fueled crises in the region.

US warplanes on Friday conducted airstrikes on areas in Syria’s eastern province of Dayr al-Zawr near the Syrian-Iraqi border, the first of its kind under new American President Joe Biden.