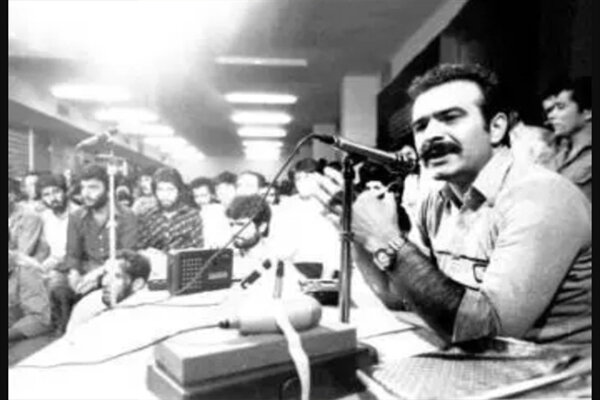 After the blows in August and the following months, the fabric of the organization completely disintegrated and what was gradually created afterwards was in fact fundamentally different from the past.

From 1969 onwards, as we previously mentioned, the organization was divided into 3 relatively distinct sections and each of which performed its duties as independently and self-sufficiently as possible.

In the early 1970s, various working groups were formed whose main goal was to increase the military strength of the organization. In 1968 and 1969, ideology groups, political groups, labor groups, and clergy and bazaar groups had been formed and each one had its own specific responsibilities.

As we mentioned earlier, central members of the organization increased from 3 people in 1968 to 11 people in 1971. The number of members, as far as the author knows, was approximately 200 in 1969 and this number had been increasing significantly up to 1971 before the major blow in August. After the blow, almost 120 cadres and supportive members including all the 11 central members were arrested. In November 1971, there were no longer any type of specific groups within the organization. Ahmad Rezaei and Bahram Aram became the central members after the blow.

Over time, new groups were gradually formed within the organization whose duties were generally military work and acted as military teams until early 1973. In early 1974, specialized groups were created such as the internal publication group, the security publication group, the supply of explosives, munitions and handguns group, the overseas communications group (which was responsible for creating a safe way for members to go in and out of the country), special groups for military operations and so forth.

The foreign body of the organization was active throughout 1971 to 1975 and was expanding every day in terms of quantity, quality and scope of tasks. The leadership of the organization always underwent change during these years. The people in charge are as follows:

In addition to the aforementioned people, the most important cadres of the organization inside and outside the country during that period were Alireza Sepasi Ashtiani, Mohammad Yazdanian, Nasser Johari, Lotfollah Meysamy, Simin Salehi, Hossein Siah Kolah, Javad Ghaedi, Abdullah Amini, Hossein Ahmadi Rouhani (abroad) and Torab Haghshenas (abroad).

The Conditions for Recruitment

Analysis of the blow in August revealed that the main cause of the blow was infiltration of a SAVAK spy into the organization as someone familiar with gun smugglers. This blow made them extremely cautious about the process of recruiting and establishing contact with other people. The organization would no longer communicate openly with those who claimed to be supporters. Another factor that indirectly contributed to this strictness of communication was the difficult conditions of the struggle against the Shah's regime.

After the Siahkal incident and commencement of military operations by other groups, SAVAK became sensitive to all political movements and filled its prisons with members and supporters of these opposition groups. That was why political activities, especially those of militant groups such as the organization, were restricted. At that point, not everyone was willing to cooperate with or join the organization and usually those who volunteered to do so were ready to be arrested, imprisoned, etc. The organization would only accept people who were fully prepared to endure all the hardships.

It goes without saying that these conditions were necessary but not at all sufficient. In addition to the requirements for recruitment which were mentioned earlier, the organization started to take into account some extra points which follow:

1. Increasing the period of interacting with volunteers, which at times lasted several months or even a year.
2-    Assuring that, in terms of security issues, the person is completely clear and this required a more complicated way of interaction.
3. Controlling the recruitment process with direct involvement of the superintendent of all groups.

Given the suffocating situations, the strict conditions for recruitment and the limited facilities of the organization, much fewer people joined the organization at the time compared to previous periods, which in turn, restricted the organization’s activities and prevented its development.
With respect to promoting or eliminating individuals, more complex criteria were defined which made recruiting individuals very difficult and dismissing them much simpler and faster.

It should also be noted that such criteria did not necessarily mean that all promotions and dismissals were free of error. On the contrary, we witnessed many cases, especially in 1974 and 1975, where unprincipled actions were taken. Assassination of Sharif Vaghefi and Samdiyeh Labbaf is one such example.

In 1975 and the first half of 1976, the organization had a rather unorthodox approach towards recruiting members. On the one hand, due to its religious aspects, it would recruit those who had Islamic ideologies. On the other, because of Marxist views of central elements and some cadres, the organization would not prevent membership of Marxist individuals.

This method of recruitment was common until the release of the "Declaration Statement of the Ideological Positions of the Organization". From that time onwards, the only condition for recruitment was having a Marxist ideology.