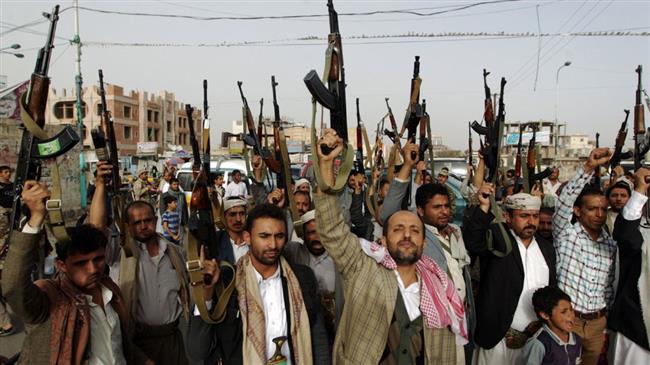 A number of high-ranking officials in Yemen's National Salvation Government have censured the administration of former US President Donald Trump over designating the Houthi Ansarullah movement as a foreign terrorist organization, saying the move clearly shows that Washington is not after establishment of peace and stability in the war-torn country.

Hussein Maqbouly, Vice President for Services and Development Affairs, said the US move to blacklist the popular Ansarullah movement  — which went into effect on January 19 — attests to the fact that Americans do not intend to restore peace in Yemen.

Maqbouly warned that the designation will exacerbate the sufferings of Yemeni people, prolong the Yemen war and aggravate the ongoing humanitarian crisis in the country.

He pointed out that approximately 190 international organizations have denounced the decision, whilst only Saudi Arabia, the United Arab Emirates and Bahrain have welcomed the move.

Yemeni Deputy Prime Minister for National Vision Affairs Mahmoud al-Junaid, for his part, said blacklisting Ansarullah is meant to derail the peace process and exposes US desire for longer chaos and further bloodshed in Yemen.

Separately, Yemeni Justice Minister Mohammad al-Dailami said Ansarullah’s terrorism designation will affect the National Salvation Government and the entire Yemeni people, stressing that the move is an attempt to complicate the political situation in the Arab country.

He noted that the US move confirms that Ansarullah is treading the right path in confronting US-sponsored aggression.

The Ansarullah movement has already slammed the United States decision to designate the popular group as “terrorist” and impose sanctions on some of its leaders, saying the move is in fact a “badge of honor” for the movement.

Such a move confirms that we have [successfully] stood up against the interests of the United States, and we will resist any act of aggression. Whatever the Yemeni leadership, the Armed Forces Command as well as Popular Committees stipulate is a legal and definitive option,” Mohammed Abdul-Salam, the movement’s spokesman, told al-Masirah television network on Tuesday night.

He said the US decision to blacklist Ansarullah will have no political, economic or humanitarian impacts on Yemenis since they have already experienced such measures in the past.