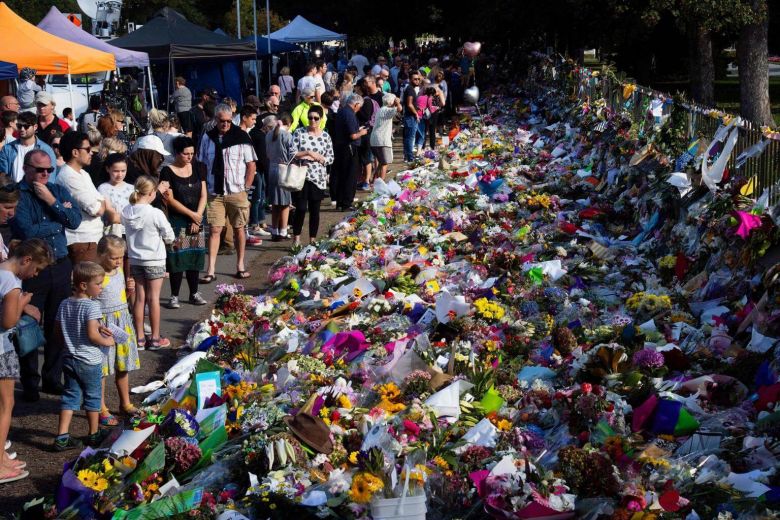 The Royal Commission of Inquiry into the March 2019 Christchurch terrorist attacks against two mosques in New Zealand released its report this week. A primary finding was that New Zealand’s modest counterterrorism resources had been largely absorbed by the perceived threat of jihadi militancy in recent years, without an informed assessment of risk from other ideologies.

Yet the 800-page report also makes clear that if greater attention had been given to the threat of far-right extremism, detecting and thwarting this particular terrorist “would have depended on chance”, because the murderer, Brenton Tarrant, not only acted independently, but made very few social connections in New Zealand and observed careful operational security during his preparations.

While Tarrant may have felt part of a radical global milieu online, he can be considered a genuine “lone wolf” or lone-actor terrorist. The Inquiry report’s detailed descriptions of his life and experiences illustrate a backstory of a young social outcast with financial independence, racist delusions, and little direction.

Born in a small town in Australia, between Sydney and Brisbane, in 1990, Tarrant had very few friends growing up and spent much of his time playing online role-playing games. He was twice reprimanded for racism at school, where a teacher described him as “disengaged to the point of quiet arrogance, but also well-read and knowledgeable, particularly on certain topics such as the Second World War”.

When he was 16 or 17 his father was diagnosed with lung cancer and committed suicide three years later. The cancer was found to be associated with asbestos exposure, and a legal claim for damages resulted in Tarrant and his sister ultimately receiving AU$457,000 [US$350,000] each.

After working in a local gym upon finishing school, Tarrant decided to travel—first in Australia and New Zealand, where he stayed with an online gaming friend during a trip in 2013. Then between 2014 and 2017, he embarked on an extensive solo world trip to over 60 countries on four continents. He even spent ten days in North Korea at some point.

But rather than meeting people who may have influenced his views, this period of travel appeared to be an introspective time in which he read about historic religious conflict, far-right politics, and immigration policies, while frequently visiting internet forums and subscribing to right-wing YouTube channels.

There is no evidence of Tarrant receiving any training abroad, and while the Inquiry asserts that his travel was “the setting in which his mobilisation to violence occurred rather than its cause”, considering the list of destinations and dates offers some speculative clues.

In March 2016, he spent almost a month in Greece at the height of the refugee crisis, shortly followed by three weeks in Hungary, where antimigration sentiment ran high. When he returned to Australia in June 2016, his sister said he was a changed person, speaking regularly about politics, religion, culture, history, and past wars.

After one month at home, he left again—first travelling for four months through Muslim-majority nations (plus a week in Israel), and then a month in the Western Balkans. During his time in Croatia, he made two donations to North American right-wing organisations, and first contacted the New Zealand gun club where he would eventually train for the attack.

The Inquiry report asserts Tarrant arrived in New Zealand with a “fully-developed terrorist ideology” in August 2017 and a plan to prepare for a terrorist attack. “This was the primary focus of his life in New Zealand”, it states.

His operation was entirely self-funded with NZ$60,000 he had remaining from his travels. Half was spent on firearms and associated items, and half on living costs over the next 18 months. He rented a small flat in the southern city of Dunedin, where he kept to himself barring trips to the gym and a rifle range out of town.

His social interactions were described as limited, superficial and/or transactional. He was “single-minded to the point of obsession” and displayed “no apparent emotional need for close engagement with others”. He had loose, mostly anonymous connections online, but little in the real world, including within his perceived movement.

In a telling online exchange with an Austrian ‘identarian’ leader following one of several additional donations he sent overseas, Tarrant told him that “we have people [in Australia and New Zealand] that would happily have you stay in their homes”, before name dropping two prominent Australia-based far-right activists, whom he had never met.

Another bizarre grasp for significance and belonging involved a claim that he attended a “knighting ceremony” held by the “Knights Templar Order International” in southern Poland during a final overseas trip in late 2018. While Tarrant was found to be in the area at the time, Polish and Australian agencies said there was no evidence he participated, or even had links with the group. Tarrant later called the trip a “red herring”.

While the terrorist did not leak his plans or intentions to anyone in New Zealand, the Inquiry highlights instances that in hindsight could have been considered warning signs.

At the gun range, Tarrant reportedly preferred to shoot standing up with a rapid action, changing magazines quickly. He also at one point flew a drone over Al-Noor Mosque in Christchurch, one of the institutions he later attacked, to survey the area. Someone reported seeing the drone flying but not the operator.

Following a firearm accident in his Dunedin flat, a doctor discovered his excessive steroid use, which probably should have raised questions over his firearm possession but did not. And his online activity, while mostly cryptic and not reaching the level of perceived national security threat, could have triggered red flags in a society with fewer privacy safeguards.

An important question raised for all New Zealanders, especially with the incoming reporting system to seek information from the public on concerning behaviour, is whether any of these warning signs would have been picked up if Tarrant was Muslim, something that is possible, though the recent record furnishes many instances that go the other way.

The most concrete failings surround the granting of Tarrant’s firearms licence, and changes have now been made to processes and legislation.

Even with the failings in the firearm licensing system, and in combination with whatever criticisms can be made about national security agencies focusing too narrowly on Jihadi terrorism during the surge of global Islamic State (ISIS) activity, the fact remains that the Tarrant case would have been nearly impossible to detect in time.

When someone is obsessively driven, completely self-funded, and disengaged from almost all social connections, it takes luck to catch them before they act. The only alternative is the imposition of a broadly intrusive state surveillance system—a self-defeating action that would hand to the terrorists of all ideological stripes a victory more complete than they could ever hope to achieve with their attacks.