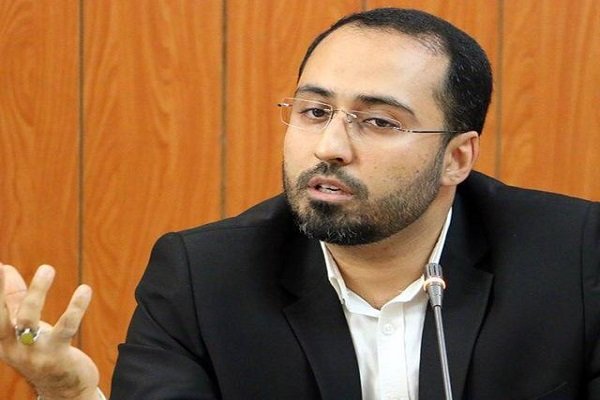 Referring to the cooperation of the Mojahedin-e Khalq group with the mafia gangs selling weapons in the Balkans, an expert on terrorism said, "This group's relations with the Albanian mafia can be a credible threat to the citizens of this country and the Balkans."

Explaining the ideological contradiction of this group, he reminded that the leaders of this group once chanted slogans against imperialism, but after a short while, they officially registered and opened their lobbying office in the heart of Washington! They speak of democracy while they do not observe basic human principles for their own members. Therefore, the Mujahedin do not have a coherent ideology.

This expert on terrorism added that elucidating the history and the sectarian and violent acts of this group from the past decades until now can strike severe blows on this semi-militant terrorist group.

Regarding the claim about Mujahedin having stopped violent activities and use of weapons, Ghazvini mentioned two points. First, this group did not voluntarily surrender its weapons but was forcibly disarmed. Second, a violent literature which calls for aggression and murder can be seen in the media of this group as well as in the writings of its leaders.

Drawing on the fact that Twitter had temporarily suspended and restricted some accounts belonging to this group and its leader due to suspicious activities and promotion of violence and terrorism last month, he pointed out that instigating sabotage and arson of government and non-government buildings in recent months is clear evidence of this group's violent approach.

He referred to the dual approach of the Mujahedin with respect to media and added that in its non-Persian media, the MKO does not promote violence and murder so as not to manifest its negative and violent face in the eye of the Western people while in its Persian media, it does the exact opposite. For instance, it was the Persian Twitter account of this group’s leader that was suspended which indicates the dual policy of this group. In addition, it appears that Israel provided this group with intelligence on the assassination of the Iranian nuclear scientist so that this information is conveyed through this group’s channel.  In any case, this cooperation involves the Mujahedin-e Khalq in the assassination of the nuclear scientist.

Qazvini further spoke about the effects of the presence of this group in the Balkan region and said that the Balkans had always been involved in war, violence and instability in the past decades. The rise of corruption and the development of mafia gangs in some countries in the region have made the Balkans less developed compared to other parts of Europe.

Reminding that a significant number of the elements of extremist terrorist groups especially in Syria such as ISIS are citizens of this region, this expert on terrorism noted that the Mujahedin, as a semi-militant terrorist group are also present in this region and given the financial support they receive, they are extending their influence in the region and on Albanian officials.

He explained that the issue acknowledged by a number of Albanian police officials and journalists is that the group's base has become an unknown place which, regardless of the Albanian government’s rules, only abides by those of itself.  Meanwhile, Albanian journalists talk about the serious possibility of the MKO gaining access to hundreds of thousands of weapons stolen from Albanian army barracks more than two decades ago. Accessibility to weapons as well as this group’s close contact with mafia gangs in Albania can be a real threat to the citizens of this country and the Balkans and can even adversely affect the process of Albania’s membership in the European Union.

Westerners define terrorism based on their own interests

This expert said that inspection of terrorist group lists of the United States or European Union reveals that the way these countries deal with the issue of terrorism is dependent on the countries they have intended to exert political pressure on. That is, they act on their own interests rather than ethical rules and frameworks.
Qazvini reminded that the MKO which was once on the terrorist group lists of the United States and western countries was abruptly taken off the list and was even provided with financial assistance. The MKO now has lobbying office in Washington. Also, separatist terrorist groups that carried out terrorist operations in Khuzestan, a province in southwest of Iran, in the 2000s and still continue to perpetrate sabotage and terrorist acts in this region now have official centers in the Netherlands and Denmark.

He attributed the duality in the conduct of western countries to the immorality and unprofessional acts of their governments which clearly violate human rights and standards. These countries’ hostility toward Iran and its innocent civilians has prompted them to support terrorists. One notable example of the dual approaches of such countries towards human right issues is the economic sanctions the United States imposed on Iran including blocking access to medications, which has led to the death of paediatric cancer patients. These countries must be held accountable for their actions.