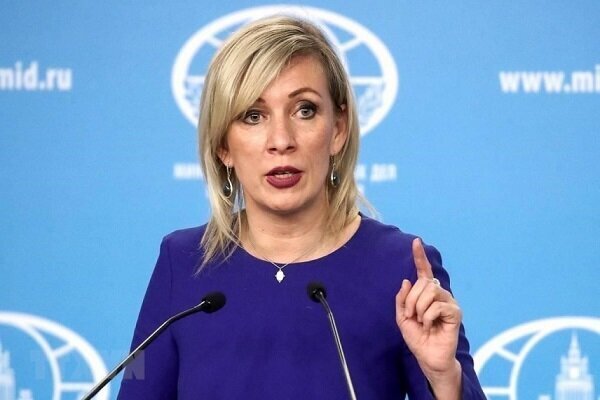 Maria Zakharova, the spokesperson of the Russian Foreign Ministry, on Saturday rejected U.S. allegations of Iran's link with al-Qaeda, saying Iran itself is a serious victim of terrorism and a pioneer in the fight against terrorism.

Speaking to the Islamic Republic News Agency (IRNA), Zakharova said there is a lot of evidence suggesting Iran's serious efforts to counter terrorists, particularly in Syria and Iraq.

Zakharova also noted that the U.S. officials' silence about Iran's effective fight against terrorists shows that they want to distort the realities about the Islamic Republic.

On Tuesday, U.S. Secretary of State Mike Pompeo used his last days in office to accuse Iran, without any evidence, of being al-Qaeda's "new home base". He claimed that his remarks were part of what he called "declassified U.S. intelligence".

Iran is "the new Afghanistan", Pompeo alleged at a news conference in Washington. "Unlike in Afghanistan, when al-Qaeda was hiding in the mountains, al-Qaeda today is operating under the hard shell of the Iranian regime’s protection."

Tehran said the "baseless" accusations show Washington's frustration and the failure of its so-called maximum pressure campaign against Iran, according to Tasnim.

Iranian Foreign Minister Mohammad Javad Zarif dismissed the allegations as "warmongering lies", pointing out to close ties between the administration of U.S. President Donald Trump and Saudi Arabia, the home country of most of the 9/11 terrorists.

"No one is fooled," Zarif tweeted. "All 9/11 terrorists came from @SecPompeo’s favorite ME destinations; NONE from Iran."

Elsewhere in her remarks, Zakharova said that according to available evidence, "Iran is itself a victim of terrorism and among the pioneers in the fight against terrorist outfits."

The Islamic Republic is an honest country in the fight against terrorism, she said, adding that there is no information about Tehran's possible links to al-Qaeda.

U.S. officials are silent on Iran's effective battle against terrorists, and their approach shows a smear campaign against Tehran, Zakharova emphasized.

Pompeo's claims came despite American authorities' acknowledgment of Washington's role in creating terrorist groups in the region, including al-Qaeda and Daesh (ISIL or ISIS).