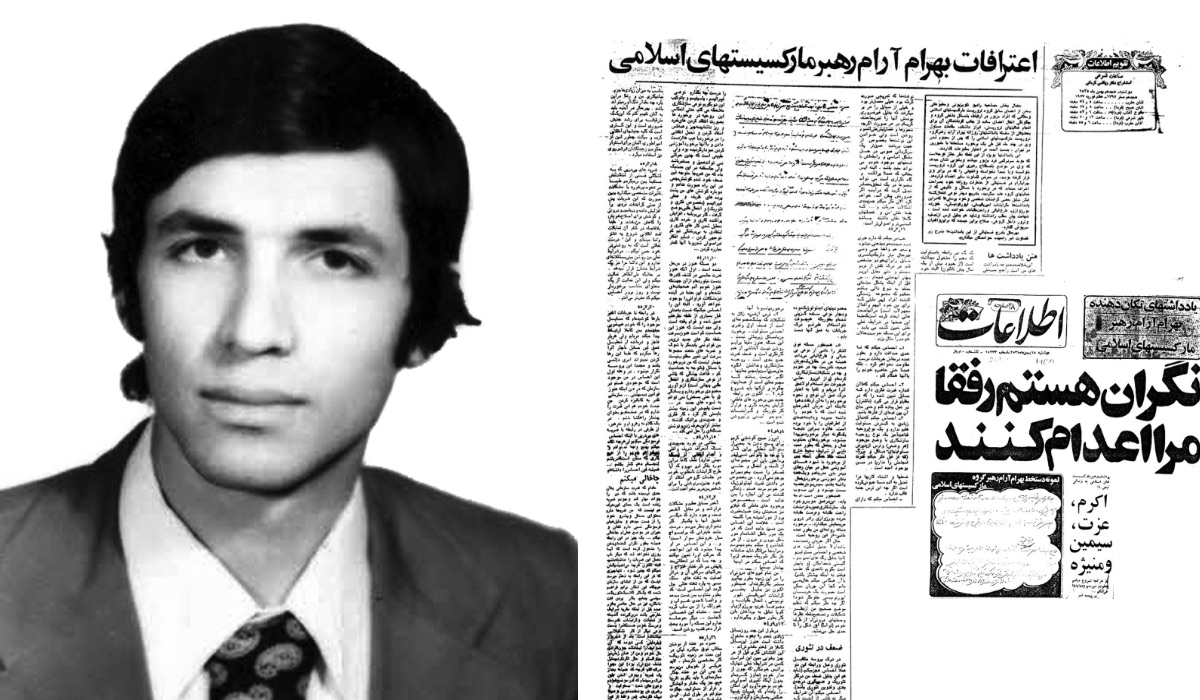 In the spring of 1971, the organization decided to conduct its military operations during the 2,500-year celebrations of the Persian Empire i.e., October 1971, during which many foreign guests including various political figures from all over the world would participate.

To supply their needs for weapon, the organization contacted a person named Allah Morad Delfani so that he could procure weapons from arms smugglers in Kermanshah and Kurdistan. Delfani was an experienced SAVAK member and was able to obtain valuable information on the leader and some members of the organization as well as their future military operation plans. He had intended to delay the process of weapon procurement in order to gather as much data as he could. However, as the organization insisted on finding access to weapons and ammunition as soon as possible, SAVAK was concerned that they would start their operations earlier than the commencement of the celebrations. Therefore, they decided to, despite the incomplete intelligence at their disposal, capture the members and strike a blow on the organization so as to prevent any military operations.

SAVAK launched a major operation on August 23, 1971 and managed to lay siege to several team-houses, which led to the capture of many organization cadres and leaders. Also, the information acquired through the interrogation of the members helped SAVAK to capture several other. Eventually in November of 1971, after the apprehension of Mohammad Hanifnejad, the number of people captured reached over 120.

The news of the arrests was immediately telegraphed to members of the organization in Paris. However, no information had been shared with them regarding how the team-houses were exposed. The members who were abroad at the time including Torab Haghshenas, Mahmoud Shaamkhi, Rasoul Meshkinfam, Hossein Rouhani, etc held a meeting and came to the conclusion that one of them had to come back to make sense of the situation in Iran so as to figure out their next move.

In this regard, Rasoul Meshkinfam was smuggled to Iran through the Turkish border and shared what had been discussed abroad with the remaining elements of the organization. The top priority that the they had defined at the time was the importance of taking serious measures to prevent any further infiltration of the enemy. Conducting any operation to release the prisoners had to be the second priority.

In late September of 1971, members in Iran sent a letter abroad in which they proposed that Shahram Pahlavi- the Shah's nephew- should be taken hostage and sent to Algeria in order to be exchanged for political prisoners. In the same letter, the group abroad was requested to be fully prepared to send a representative to Algeria immediately after the hostage-taking operation to negotiate the issue of prisoner exchange with the Algerian authorities. The members abroad kept waiting for the news of the operation; however, after several days, Ali Asghar badizadegan sent them a letter in which he explained how their attempt to take Shahram Pahlavi hostage failed.

This operation, if conducted successfully, would have led to the release of some prisoners, and would have stricken a major political blow on the Shah's regime and on its demagogic propaganda of calling Iran the "island of stability". Even in the worst-case scenario without any prisoner exchange, they could have simply assassinated Shahram Pahlavi to make the royal family grieve during the celebrations which could be a worldwide propaganda.

To implement this plan, an operation team was formed with Mohammad Seyyedi Kashani as the leader and Rasoul Meshkin Fam and Ali Asghar Badizadegan as the backup. At first, the location where Shahram Pahlavi worked as well as the time he would usually leave the place were identified. The operation started as planned and Shahram was captured but he resisted and began raving. Another individual who was witnessing the scene came to Shahram’s rescue but he was shot by Rasoul Meshkinfam. At that point, a group of people gathered round the scene immediately and the team fled the scene without assassinating or even kidnapping Shahram.

Following this failed operation, the organization decides to carry out other operations such as abducting one of the ambassadors of European countries and detonating some of Tehran’s transmission towers. The former did not happen and in the latter case, which was simultaneous with the commencement of the 2,500-year celebrations, some information was leaked and all the operation team members were arrested. After learning about all the failed plans, the members abroad realized that the facilities are not sufficient in Iran and that was why they decided to conduct an operation of their own during the celebrations in order to release the political prisoners.

The operation involved the hijacking of two Boeing 727 and 707 jets of the Iranian National Airlines which were heading to Tehran from London and Paris. These jets were chosen because they were likely to carry a relatively large number of journalists and important figures from Britain, France and perhaps some other countries who were going to attend the 2,500-year celebrations. After hijacking these airplanes and directing them towards Algeria, the passengers could have been exchanged for the release of the political prisoners the organization had in mind. It was even suggested that the members inside Iran do the same thing with 2 airplanes heading to Europe from Tehran. That is, they would direct the hijacked airplanes to Algeria as well so that with 4 airplanes, they would have a better chance of success in their negotiations for passengers and prisoners exchange. In those circumstances, the Shah would have had no choice but to release the prisoners. Otherwise, they would have detonated the hijacked airplanes, which could still greatly influence the 2,500-year celebration of the Persian Empire.

After a few days when the team abroad was almost prepared, the members in Iran suddenly announced that they did not have the capacity to conduct such an operation and also requested the ones abroad to stop as well. They supposed that any military operation would require a great deal of energy and would involve a lot of members. Thus, the military operation and airplane hijacking were all cancelled. Also, Seyed Jalil Ahmadian and Ebrahim Arfa returned to Iran.

It is noteworthy that, during the strikes and arrests in August, no armed fight took place between SAVAK and the organization while in the organization’s team-houses, a significant number of weapons were hidden signifying that the organization had not been ready to perform any military operation at the time or even to defend itself.

Secondly, the loss of 50 individuals who constituted the vast majority of the leadership elements and important cadres left the organization with a severe shortage of capable members. After the blow in August, many positions in the organization had no superintendents and there was no driving force to guide and control members and supporters, all of which made the organization vulnerable and more prone to future blows and arrests.

Thirdly, in terms of ideological and strategic positions, the organization was in a critical situation. Given that the organization was leaked and a number of its members were arrested, it had to clarify its positions for all the people in the community especially because before the blow, their viewpoints were quite unclear. With regards to the political issues and the tactical policies, the organization had to take on a new form which, of course, was not possible considering the limited number of the remaining members. Therefore, they had no choice but to follow the Fadaiyan-e-Khalq organization’s tactical policies.

In other words, the organization, despite its disintegration and ideological and political shortcomings, tried its best to launch military operations against low-ranking officials of the regime in order to gain experience so that they could begin to target more politically prominent figures.
Fourthly, the instructional programs of the organization with respect to politics and ideology were all cancelled as there were no qualified members left to run the programs and holding instructional courses did not seem really necessary at the time.

Last but not least, in the leaders’ view, military power was most prominent to the existence and survival of the organization and that was why all their limited resources were allocated to that matter. What they did not pay attention to at the time was the members’ ideological and political awareness.

In the middle of 1972, Mahmoud Shamekhi came to Iran and made several attempts to educate members and cadres. However, since he was hit, his efforts were fruitless and the condition remained the same.