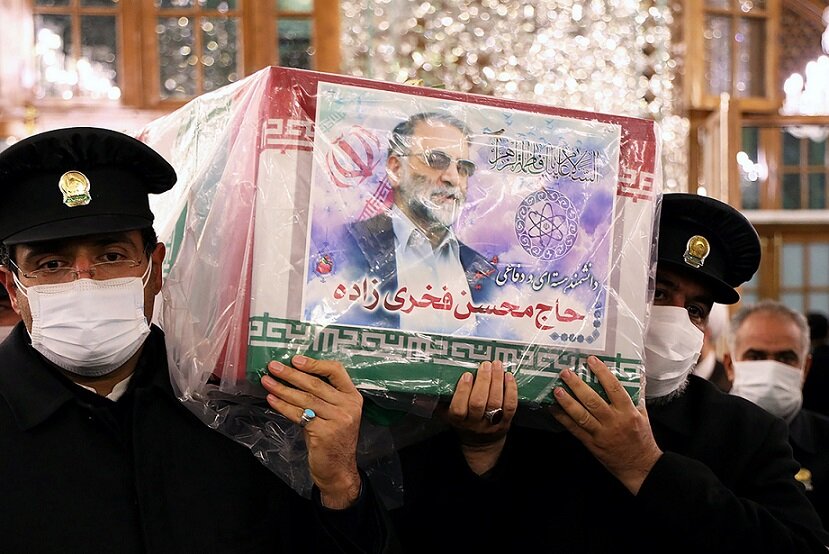 The assassination of prominent Iranian nuclear scientist Mohsen Fakhrizadeh goes against international law and norms, China Daily said in an editorial on Sunday.

“The assassination not only raises serious questions about the moral standing of the perpetrators. It is against international laws and norms and thus criminal. That may partly be why nobody has claimed responsibility for it,” the newspaper said, adding that Iranian Foreign Minister Mohammad Javad Zarif has talked about “serious indications” of an Israeli role in what he described as an act of “state terror.”

“Terrorists murdered an eminent Iranian scientist today. This cowardice—with serious indications of Israeli role—shows desperate warmongering of perpetrators. Iran calls on int'l community—and especially EU—to end their shameful double standards & condemn this act of state terror,” the chief Iranian diplomat said in a tweet on Friday, hours after Fakhrizadeh was assassinated in a suburb of Tehran.

On Friday at 14:30, nearly 10 people attacked the convoy of Fakhrizadeh on a highway in the small city of Absard in Damavand County, about 40 kilometers northeast of the capital Tehran. The scientist lost his life during the attack while his bodyguards were severely injured. Iranian officials were quick to point the finger at Israel, which has carried out many assassination operations against Iranian nuclear scientists over the past decade.

China Daily said there is speculation that this attack could be part of a concerted attempt to preempt any attempt to revive a 2015 nuclear deal between Iran and world powers.

“Fakhrizadeh had been on Israel's blacklist for a while. Prime Minister Benjamin Netanyahu famously told a news conference to remember his name. And neither the present leader of Israel nor that of the United States wants to see a new U.S. administration rejoin the nuclear deal, from which the U.S. withdrew in 2018,” the Chinese newspaper wrote. “Only that everything remains speculation with no smoking-gun evidence.”

It added, “Given the tricky nature of the murder and its unusual potential political and security consequences, very likely the responsibility will go unclaimed, and the matter will remain a mystery, like in the Shahriari case.”

The Chinese newspaper said Iran might respond to the assassination of Fakhrizadeh by launching a retaliatory attack, a move that would “lend further munition for the anti-Iran hawks in Washington who would spare no effort to shoot down any effort to ‘appease’ Tehran.”

It also called on Iran and the United States to exercise restraint because the current situation is harmful to both.

“If the assassination was indeed driven by an intention to prevent Washington and Tehran from engaging in any meaningful, constructive communication, the two parties should do their best to avoid such a pitfall. The status quo of Iran-U.S. relations is toxic and harmful to both. Since President-elect Joe Biden has indicated a willingness for a reset in relations, even for rejoining the nuclear deal, it is important for both sides to work to foster some positive momentum,” China Daily said.

It added that the assassination of Fakhrizadeh is unlikely to stop Iran’s nuclear program.

“The perpetrators should also know assassinations didn't stop Iran's nuclear program in the past decade, and very likely won't do it now,” the newspaper said.