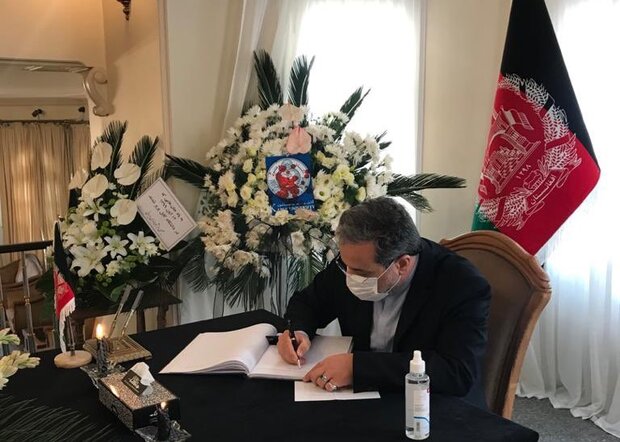 "Today I recorded my sympathy & condolences in the Afghanistan Embassy following the barbaric attack on Kabul University which claimed lives of 20+ innocent students," Araghchi wrote in is Twitter account on Wednesday.

"Takfiri terrorism has only produced bloodshed & insecurity everywhere in the region & beyond," he added.

He wrote in the memorial book of the victims of Kabul terror attack that takfiri terrorism has no limitation for committing crimes.

From Afghanistan to Iraq and Syria and other Islamic countries, and from West Asia to North Africa and the Caucasus and even Europe, it has only brought instability and insecurity and made people mourn.

He added that Iran is standing by Afghan people and government in fighting terrorism and reaching peace and reconciliation.

Araghchi wished God blessing for those who were killed and patience for their bereaved families.