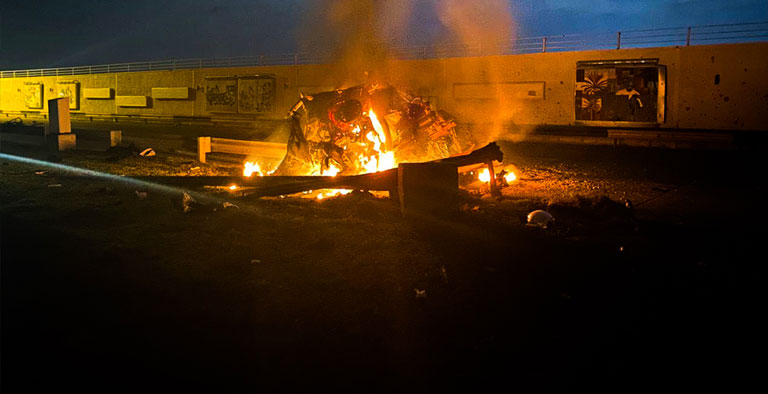 The Iraqi parliament is set to investigate next week, the case of the assassination of the "Commanders of Victory", namely top Iranian General Qassem Soleimani and Abu Mahdi al-Muhandis, the second-in-command of Iraq’s Popular Mobilization Units (PMU), according to an Iraqi lawmaker.

"The case of the government investigation into the assassination of the 'Commanders of Victory' near Baghdad airport will be presented to the Iraqi parliament next week," ISNA on Wednesday quoted Badr al-Ziyadi, a member of the Parliamentary Security and Defense Committee, as saying, citing Iraqi media.

Al-Ziyadi added that the Iraqi parliament has asked the lawmakers to set a time for the attendance of Iraqi Prime Minister Mustafa Al-Kadhimi in parliament to discuss important issues including the assassination and the presence of U.S. forces in Iraq.

In the early hours of January 8, the IRGC attacked Ain al-Assad airbase in Anbar province in western Iraq as part of its promised “tough revenge” for the U.S. terror attack. Iran notified the Iraqi government beforehand so as to avoid casualties.

In September, Iran called on Iraq to pursue the case of the cowardly assassination.

“Serious pursuit of the cowardly assassination of martyrs Soleimani and Abu Mahdi al-Muhandis through international bodies is the least measure that the Iraqi government is expected to do,” said Ali Shamkhani, secretary of Iran's Supreme National Security Council (SNSC).