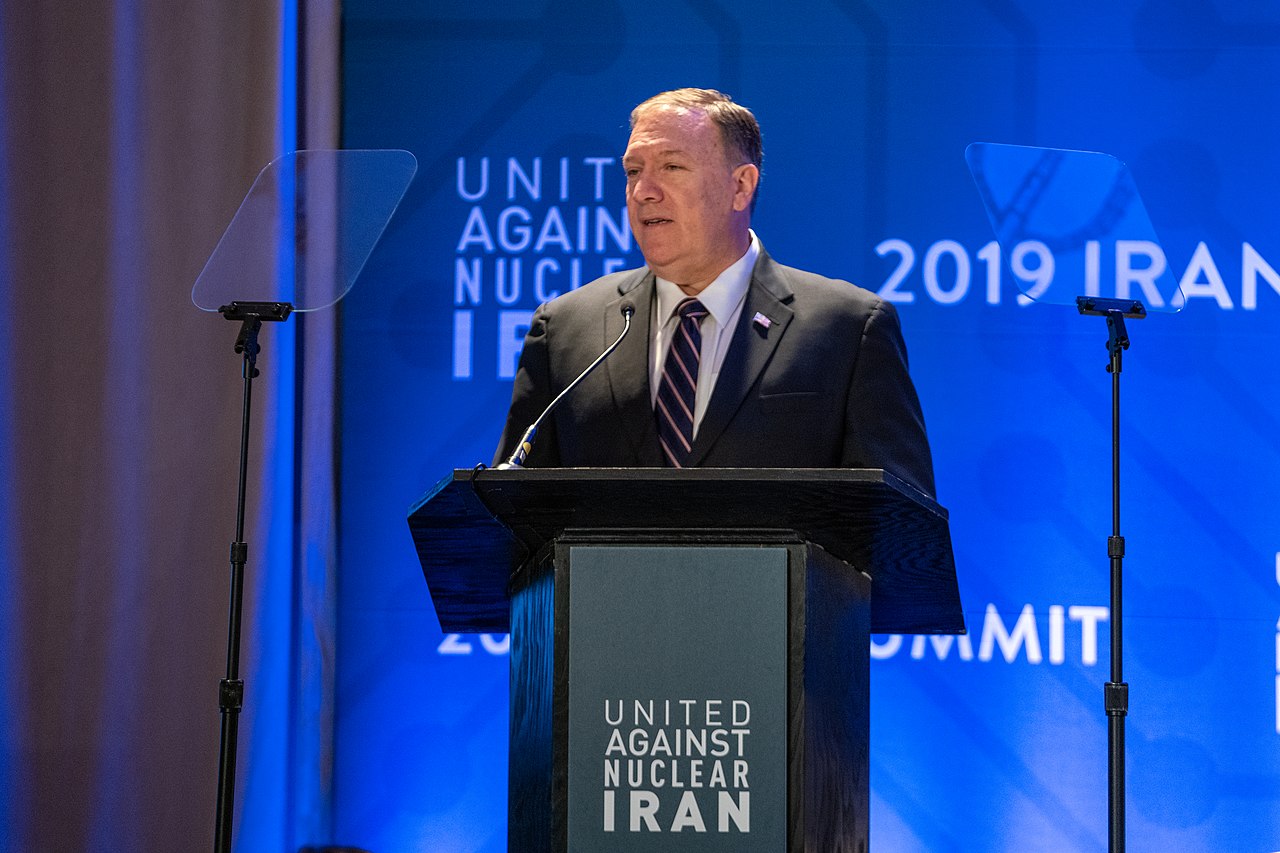 Secretary of State Michael Pompeo ordered U.S. diplomats to limit any contact with Iranian opposition groups, including one that once hired Rudy Giuliani and paid thousands of dollars to former National Security Adviser John Bolton to speak at one of its rallies.

The directive about Mujahedeen-e-Khalq, its offshoot, the National Council of Resistance of Iran, and five other groups was delivered in a cable sent to all U.S. diplomatic outposts on Tuesday and obtained by Bloomberg News. It says meetings with the groups could jeopardize U.S. diplomacy with Iran.

“Direct U.S. government engagement with these groups could prove counterproductive to our policy goal of seeking a comprehensive deal with the Iranian regime that addresses its destabilizing behavior,” the cable said. Exiled Iranian opposition groups “try to engage U.S. officials regularly to gain at least the appearance of tacit support and enhance their visibility and clout.”

The cable struck a dissonant note, coming less than a week after the U.S. killed Iranian General Qassem Soleimani, a move widely seen as shutting down any chance of diplomacy for the time being. It also highlights conflicting strategies the administration is trying to balance: Maintaining a “maximum pressure” campaign against the Islamic Republic while also trying to leave the door open for a deal.

The State Department didn’t respond to a request for comment on the cable. But it provoked displeasure from some Iran hawks, who argued the U.S. should be encouraging contacts with such groups, not discouraging them.

“It’s negligent that there isn’t a strategy in place to leverage various groups opposed to the Iranian government,” said Christian Whiton, senior fellow at the Center for the National Interest and a former senior State Department adviser under President Donald Trump and George W. Bush. “The enemy of my enemy is my friend, at least while we have a mutual interest.

MEK, which was previously on a U.S. terrorism list, paid Bolton to give speeches on its behalf and once employed Giuliani, personal lawyer.

In September, former Attorney General Michael Mukasey, who had petitioned to get MEK off the terrorism list, submitted a regulatory filing declaring that he was doing lobbying work for the National Council of Resistance of Iran on an “unpaid basis,” though it will reimburse his expenses.

Iran has so far resisted Trump’s offers to meet and negotiate a deal that would replace the 2015 nuclear agreement that he abandoned in 2018.

Along with MEK, the cable cites five other groups, including the Arab Struggle Movement for the Liberation of al-Ahwaz and the Komala Party of Iranian Kurdistan. It says diplomatic posts shouldn’t meet in person with the Arab Struggle Movement or Komala because “Iran’s regime appears to assess that the United States and/or Israel support this group of militant Kurds.”