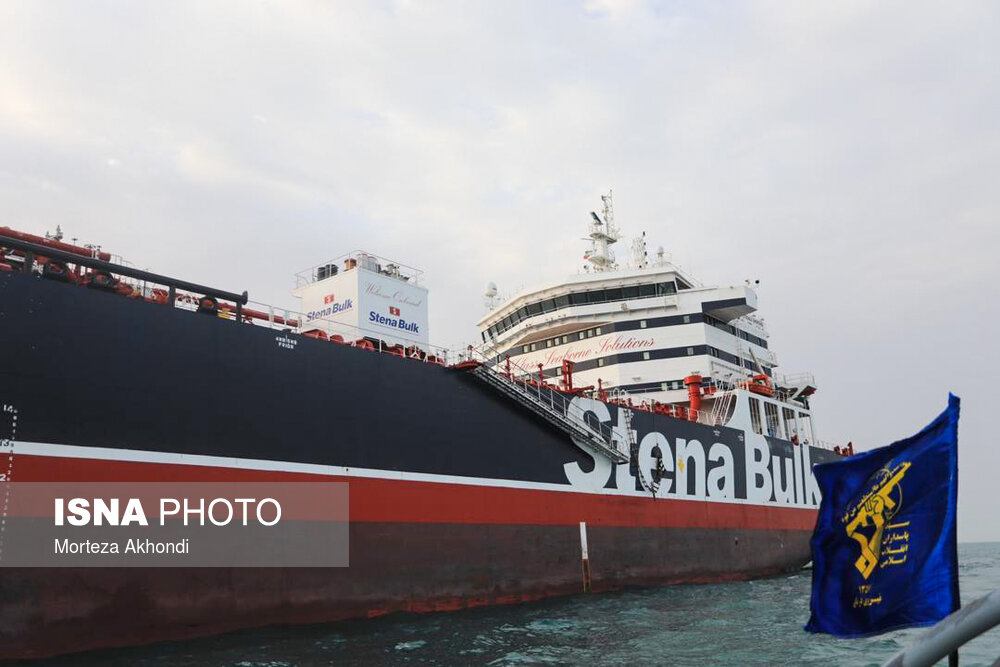 U.S.-Iran tensions which have increased following the U.S. withdrawal from the JCPOA, are escalating further four weeks after Iran shot down an advanced U.S. drone. The tensions have not been constrained to a Tehran-Washington face off. But their scopes have reached the Tehran-London relations following the seizure of an Iranian oil tanker by the British Royal Navy in Gibraltar.

A battle of UAVs and tankers between Iran and the West could be sparked quickly by these two significant events.

Iranians, especially the government of President Hassan Rouhani, expected an economic breakthrough after the nuclear deal was struck, but subsequent to the election of President Donald Trump in the U.S. and his unilateral withdrawal from the nuclear deal, their hopes were utterly shattered. The Iranians believe the situation has become even more complicated and despite holding up their end of the bargain, the Western sides have not kept to any of their commitments.

The U.S. policy of escalating tensions with Iran in the region including in Iraq, has intensified and the two sides continue threatening the other. News about the dispatch of U.S. Navy Aircraft Carriers is also a part of U.S. escalation policy. Thus, the Iranians have naturally sought a chance to respond to this policy. On the other hand, Iran’s downing of the Global Hawk seems to be part of the country’s steps to ward off the U.S. threats.

Iran announced at the time that it took down the drone in its airspace but the U.S. rejects the claim. Though maps displayed by Iran indicating the drone’s flight path in the Iranian airspace and Washington’s mild response to the Iranian shoot-down of the U.S. drone implies that Tehran’s narrative is closer to the truth.

At that time, many believed Iran’s move would increase tensions but the truth is that Tehran’s act against an American drone might rage Washington but on the other hand, it would make the White House understand that Tehran is ready to respond to any military action by the United States on any level. The presence of thousands of American troops in the region in addition to United States’ advanced weapons of war located in a range reachable by the Iranian missiles, would be the United States’ Achilles heel in its confrontation with Iran. Trump’s gentle reaction to the event and even his interest in negotiations with Iran might be the result of his knowledge of the fact.

That’s why the vague and paradoxical announcement of downing an Iranian drone by President Trump made him so thrilled and it seems Washington is now just looking to restore its credit after the loss of a drone to the Iranian missiles and it doesn’t even matter if the American drone is worth a thousand times more compared to the Iranian one.

Trump has already been humiliated by his Arab allies in Saudi Arabia and the United Arab Emirates due to his poor reaction to Iran’s shooting down of the U.S. drone. He is also criticized in the U.S. for his costly behavior on the brink of U.S. presidential elections. So Trump’s reactions to Iran’s retaliatory acts are a function of his knowledge of Iran’s military power in the Persian Gulf and the region.

One could argue that UK’s seizure of the Grace1 Iranian tanker on July 4, was in fact a part of Washington’s assignment to London to further pressure Tehran in regard to the downing of the U.S. drone.

While the UK had claimed that Iran's oil shipments are moving toward Syria, but so far, more than two weeks after the seizure, it has not still provided any evidence to prove the claim. Iran has also basically denied UK’s narrative. It seems that the British action was both a matter of economic pressure on Iran and an attempt to dissuade Iranians from gradually increasing uranium enrichment.

From the beginning of the UK’s seizure of the Iranian tanker, it was clear that their action will not remain unanswered, especially because the Iranians do not have a positive look at the history of London-Tehran relations in recent decades, particularly during the late Qajar dynasty and their humiliation by the United Kingdom. The combination of this historically negative view to UK with Shiite anti-colonial ideology was reflected in July 16th speech by Iranian Supreme Leader who called Britain "evil" and promised that its action in seizure of the Iranian tanker would not remain unanswered.

If there was any hope to reach a diplomatic solution to the UK’s seizure of Iranian tanker, the Grace 1 - UK action in one-month extension of tanker seizure on July 19th hurts hope. Thus, on the same day, just 72 hours after the Iranian Supreme Leader’s promise to respond to London's action, the Revolutionary Guards fulfilled that promise.

Hours after the seizure of UK’s tanker, Jeremy Hunt stated that Iran will face a decisive response, a reaction that seems to be a reflection of British arrogance rather than a rational response based on reality.

Handling the battle of tankers and UAVs, a conflict that can threaten the security of the region, as well as the global economy and the oil market, is now in the hands of the United States and the Western side. The events that have taken place in recent weeks show that the West, guided by the United States and provoked by some southern neighbors of Iran, has initiated the provocation of Iranians who have been waiting for more than three and a half years to for the promises and actions of the Western side to be realized.

The only way to de-escalate the current tensions seems to be a purposeful and rational dialogue between the two sides to implement the provisions of the JCPOA treaty, which has been signed by all the involved parties in 2015.