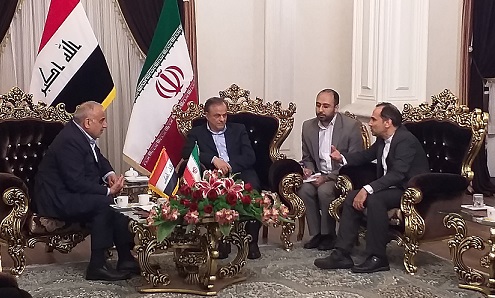 "The expulsion of the terrorist group Mujahedin-e Khalq organization (MKO, a.k.a MEK, NCRI, PMOI) was the result of the efforts of all Iraqi officials," said Prime Minister Adil Abdul Mahdi, in a meeting with the Secretary General of Habilian Association, Seyyed Mohammad Javad Hasheminejad, in Mashhad.

"The efforts to dismiss the MKO were not mine alone, and all former prime ministers and Iraqi officials played a role in disposing of them," the Iraqi PM said in this meeting.

Referring to the presence of PJAK and PKK terrorist groups in northern Iraq, AbdulMahdi added: "At the time of the late President Jalal Talabani we surrounded all elements of these groups in an area and we were largely successful in limiting them.”

On behalf of families of Iranian terror victims, the secretary-general of Habilian Association also hailed the efforts made by the Iraqi authorities and people to expel the terrorist group from the country over the past years.

Hasheminejad also announced the full readiness of Iranian families of terror victims to work with the survivors of the terrorist attacks in Iraq to launch a joint organization. This offer was welcomed by the Iraqi prime minister.