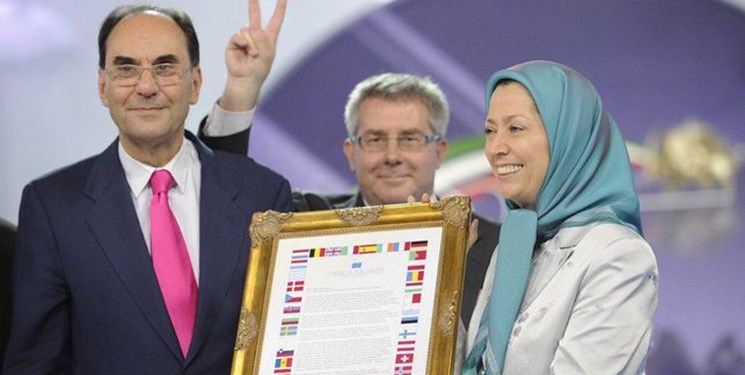 The former head of Vox’s list of candidates for the 2014 European Parliament elections, Alejo Vidal-Quadras, assures that the current leader of the far-right formation, Santiago Abascal, was aware that supporters of the National Council of Resistance Iran (NCRI) contributed funds for that campaign and did not object to that support. “Santiago Abascal knew the economic support of Iranian opponents and it seemed good to him, all help, within the law, was welcome,” he told eldiario.es.

The NCRI is the name adopted by the People’s Mojahedin of Iran (MeK, its acronym in English) to try to pretend it is part of a coalition of groups opposing the Iranian regime. Although originally inspired by Marxism, for years it has been adopted by neoconservative pundits as the alternative to the Iranian regime. According to El Pais, the far-right group received 800,000 euros in 146 donations from people linked to this group to finance that campaign. 80% of the funds that Vox used to try to have representation in the European Parliament came from that group. Vidal-Quadras, who lacked 2,600 votes to enter the European Parliament, left Vox after that fiasco. Before he had spent thirty years in the PP, as an MEP, for which he was trained, between 1999 and 2014.

The Organic Law of the General Electoral System (LOREG) prohibits contributions to the electoral accounts of “funds coming from foreign entities or persons”, that is, they do not have Spanish nationality. However, in October 2013, months before these elections, the Central Electoral Board specified that this prohibition operates only during the electoral period: from the time the elections are formally convened until their conclusion.
The decree calling for these elections was published in the Official Gazette (BOE) on 31 March 2014, which set May 25 as the date for the poll. That is, any foreign donation in this period would have been irregular. Vidal-Quadras says that the law was “scrupulously” complied with. “I did not receive a euro when the elections were already called, if I had, I would have contravened the law and I always abide by the law,” he says.

Although his departure from the PP and signing up for Vox was not announced until January 27, 2014, Vidal-Quadras says that since the end of December 2013 the circles of the opposition to the Iranian regime already knew of his intention to leave for another party and try again to be a member of the European Parliament under other group. “That’s when that support began to be forged because I am a well-known person in that area,” he explains. In any case, Vox’s candidate was not formally announced to the European Parliament until April 10, with the elections already officially convened and, therefore, when the ban on the receipt of funds from abroad already operated.

Collaboration “without conditions”
Vidal-Quadras frames the “collaboration” of Iranian opponents in his frustrated attempt to be a member of Vox in his “years” relationship with the NCRI. He says that this “close relationship” began to be forged in 1999, when he arrived in Brussels as a PP member of the European Parliament. “I joined then with the Friends of a Free Iran platform, in which were other representatives of the PP and also socialists, liberals, greens … we staged public events, statements or press conferences to give them their support,” he says. “When I left the PP and launched myself at Vox, people from civil society, not the NCRI as an organization, lent me their financial support,” he adds. He insists that they did so “without conditions” as thanks for the 15 years he had been working with them.

When the European Union decided to remove the People’s Mojahedin of Iran (MEK), the main opposition group to the Islamic regime in Tehran, from the European list of terrorist organizations, Maryam Rajavi, president of the National Council of the Resistance of Iran (considered the political wing of the Mojahedin), thanked a group of members of the European Parliament for their support, especially Vidal-Quadras. It was common for the then PP politician to participate actively in all kinds of acts of lobbying in Brussels for the Iranian opposition in exile, reports Marina Estévez.
Vidal-Quadras ascribes the contributions of funds to the period in which he was in Vox and links them “totally” to his person. “There was no donation while he was in the PP”, he says, although he reiterates that members of parliament also participated in activities for the Iranian opposition. On Monday, the party presided over by Pablo Casado announced that he was considering forcing Vox to appear before the Commission of Investigation into the Financing of Political Parties that he is driving solo in the Senate to explain receipt of funds from Iranians that the vice-secretary of Communication of the PP, Marta González, described as “worrying”.

And politicians who concern Pablo Casado, such as former Prime Minister Jose Maria Aznar, have also lent their support to this group of Iranian opponents. In fact, not even its terrorist past, as the USA and the EU considered it until a few years ago, has prevented this organization from enjoying the support of Western leaders. José Luis Rodríguez Zapatero, for example, attended the annual meetings that the group organized in Paris in 2013 and 2014.