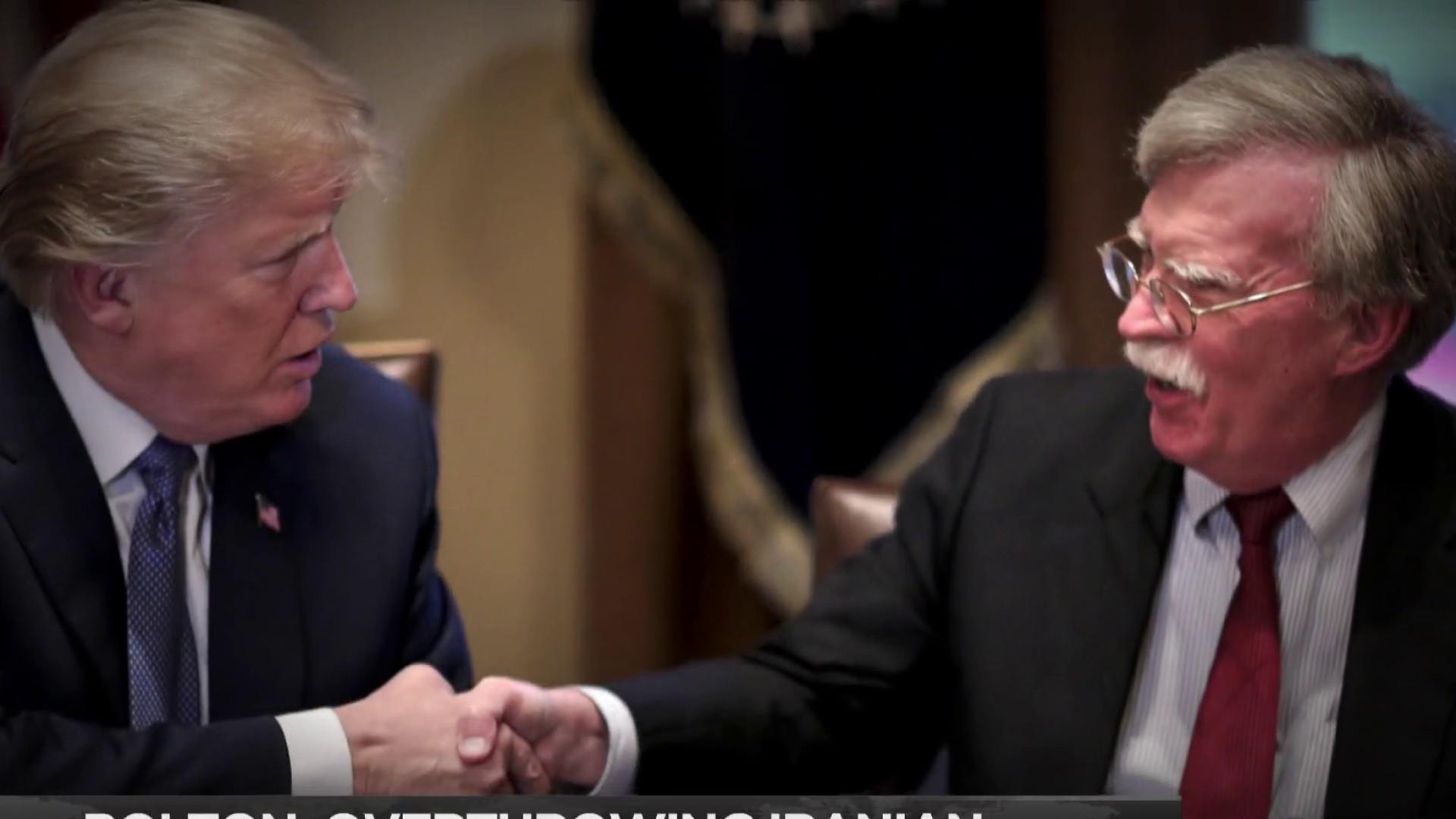 The expulsion of the Iranian ambassador from Albania by order of the US Security Adviser John Bolton is an act that has seriously shaken Albanian politics. The Albanian government of Prime Minister Rama, Foreign Minister Ditmir Bushati and President Ilir Meta not only did not welcome the dictates of John Bolton, but until now have not made any official statement to welcome the expulsion of the ambassador. The fearful Albanian politicians have no other choice but to obey the American government which, after settling the Iranian Mojahedin terrorist organization there, is turning Albania into a second Afghanistan where the country is a battlefield between the MEK jihadists and Iran.

In the IMPAKT show, attorney Migena Balla, who has defended clients who have been raped by Maryam Rajavi’s cult, discusses with investigative journalist Gjergji Thanasi, analyst Alfred Cako and historian Dr Olsi Jazexhi the most recent diplomatic scandal in Albania that came after America commanded Albania to expel the Iranian ambassador from the country. Gjergji Thanasi, who knows the MEK well, shows that the decision to expel the Iranian ambassador was an American decision that did not bring Albania any benefit except for Edi Rama who hopes to organize a meeting with Trump and alllow a free run by Americans to transport drugs. Speaking as a nationalist, Thanasi asks: what has Albania gained from this ban?

Dr Olsi Jazexhi, who has written for the international media about the risk that MEK has brought to Albania, exposes the fake news campaign that MEK is running from their Manza paramilitary camp and shows that the expulsion of the Iranian ambassador was in fact a demand that the terrorist group has been making in Albania for several months. Dr Jazexhi blames the MEK for this diplomatic scandal and analyses the defamatory campaign that MEK is running from Albania which accuses Iran of committing terrorist acts in Europe. He points out that the organization, which was brought to Albania on humanitarian grounds, has now hijacked Albanian politics and this group of magicians with their so-called president Maryam Rajavi are behaving as though they are kings of Albania and not some victims that began by wailing and seeking shelter and help.

Alfred Cako, who analyses Albania’s fealty to the great powers, exposes the war that is happening today in the US administration between the Zionist Jews and the American Trump administration. Cako thinks Trump is playing with Zionist extremists, and the expulsion of the Iranian ambassador was part of this game as Trump is co-operating behind the scene with Putin and Russia to end the rule of Jewish Zionists in the world and the US. During the debate Dr Jazexhi explained that MEK has not only managed to establish a firm hold in Albania, but demonstrates how, from its paramilitary camp, the MEK is organizing a fake news campaign, a campaign through which this group – which holds its members hostage, threatens the media, radicalizes its members, calls for jihad against Iran and which has in the past has committed acts of terrorism and murder – ironically presents itself as an Iranian opposition. The historian concludes that the MEK’s defamatory campaign is crazy since the MEK is a terrorist organization and the people of Iran do not see MEK as an Iranian opposition because Iran has democracy and hundreds of political parties take part in elections which divide power.

Gjergji Thanasi, who has been studying the MEK for years, explained how MEK has managed to build a state within the state in Albania. They have managed to take control of the police, the border, and carry out illegal acts in the country, while the Albanian government behave like fools in front of this elderly terrorist group. After visiting Iran several days ago, he shows how the government there serves the people of Iran and is more democratic and humane than the ruling government of Edi Rama and Pandeli Majko, and that the dreams of Maryam Rajavi and John Bolton for insurrection to overthrow the regime in Iran are in vain.

Returning to the local context, Dr Jazexhi shows how the MEK began scheming to influence Albanian domestic politics. They complain to the Americans against the government of Edi Rama and have begun to exploit the opposition’s position for their own interests. In the global context, Alfred Cako sees the US ambassador’s expulsion as part of a two-scenario game that Trump is playing against Iran. One scenario is that Trump might want to hit out at Iran, while the second scenario may be that the US government may sooner or later attack the Iranian Mojahedin, who are currently Israel’s forces, but that one day the Americans could expel from Albania.

The conclusion of the debate is that Albania has major problems with hosting these Iranian terrorists in the country, and the expulsion of the US ambassador was a scandal of international proportions. This scandal exposed Albania’s weakness and servility before the Americans, the threat that the MEK constitutes for the stability of Europe and Albania, and how the MEK’s fake news campaign has placed the country in a scandalous diplomatic situation.