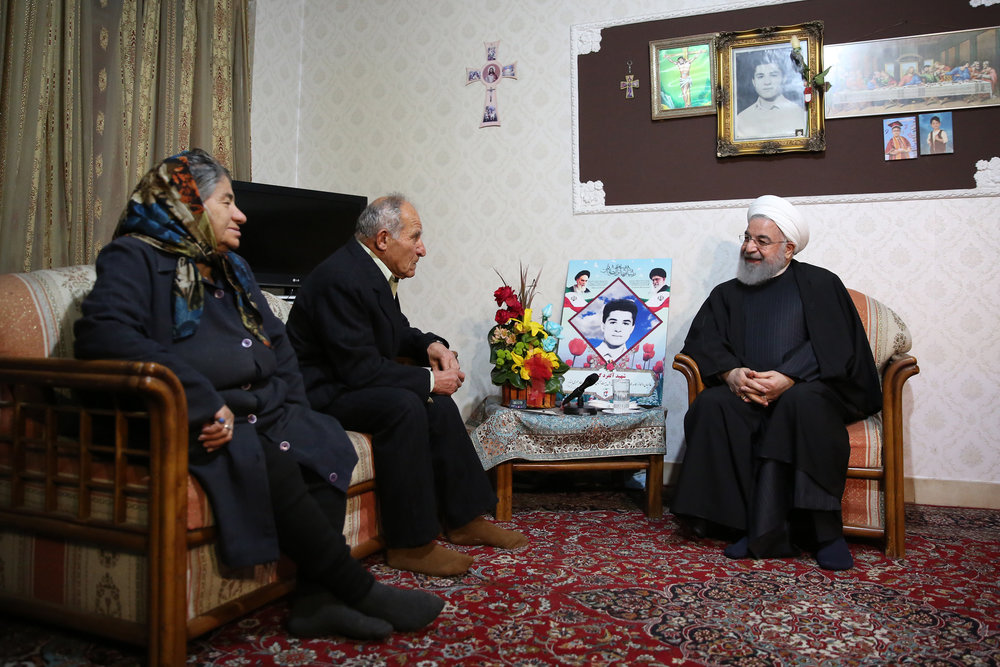 President Hassan Rouhani visited on January 3, 2019 an Armenian family whose son were killed in terrorist attack carried out by the Mujahedin Khalq terrorist group.
The visit to the Alfred Gabri family took place on the New Year’s Eve, where Rouhani congratulated the family of the martyr on the new Christian year.
He said, “Your son practiced altruism on the path of [protecting] the country. It is not easy to [tolerate] loss of a child, but your son was martyred on the path of the homeland which make it tolerable.”
According to ISNA, Alfred Gabri was martyred by the Mujahedin Khalq Organization in 1991 in the western city of Gilan-e Gharb when he was 20 years old.
Vice-President for Martyrs and Veterans Affairs Hojatoleslam Val-Moslemin Shahidi accompanied Rouhani in the visit. A plaque of appreciation was given to the family of the martyr.