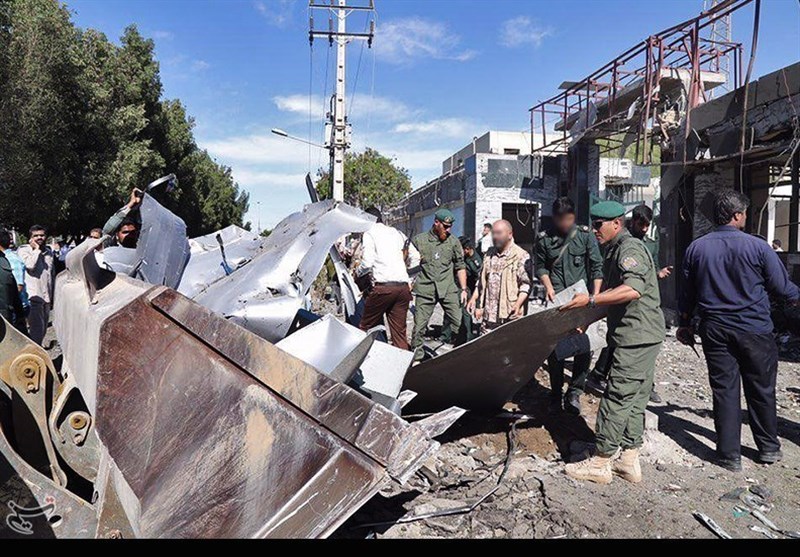 In a post on his Twitter account on Thursday evening, Zarif said, “Foreign-backed terrorists kill and wound innocents in Chabahar. As we've made clear in the past, such crimes won’t go unpunished.”

He also made a reference to Iran’s past measures in retaliation for hostile attacks, noting, “In 2010, our security services intercepted and captured extremists en route from UAE.”

“Mark my words: Iran WILL bring terrorists and their masters to justice,” the Iranian minister underlined. 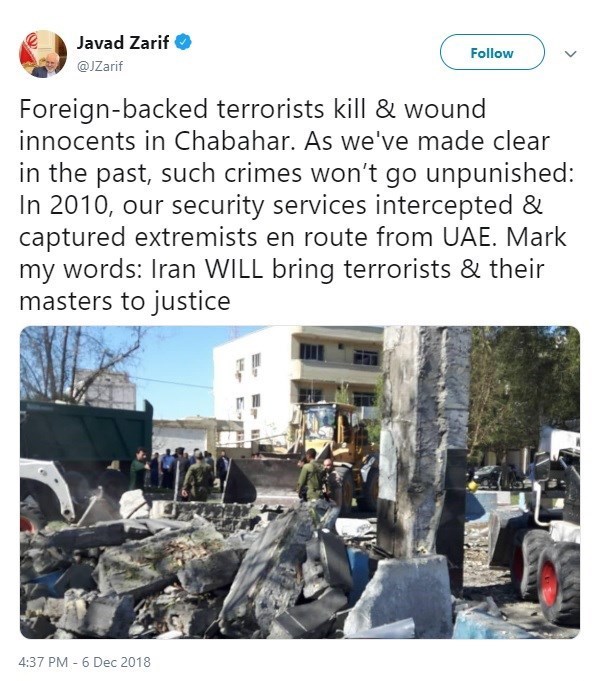 On Thursday morning, an explosive-laden vehicle attacked the police headquarters in Chabahar, killing two sentries and injuring a number of other people, including passersby.