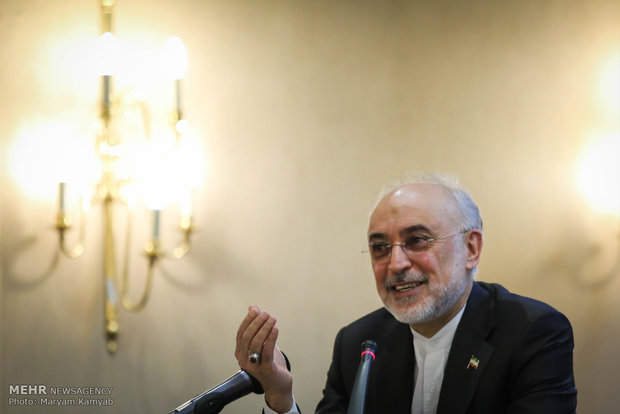 Head of Atomic Energy Organization of Iran (AEOI) Ali Akbar Salehi said on Saturday that those who support terrorists in Afghanistan should bear in mind that they themselves will finally be the losers.

Voicing hope to see the full establishment of peace and stability in Afghanistan, Ali Akbar Salehi, the Head of Atomic Energy Organization of Iran (AEOI), said on Saturday that the Islamic Republic of Iran is ready to contribute to this cause.

The Iranian official made the remarks in Afghanistan’s embassy in Tehran on Saturday night during the ceremony to mark the 99th anniversary of Afghanistan’s independence.

In addition to extending congratulations on the occasion, he voiced his discontent with the numerous problems that Afghans encounter within and without their country.

“Those who support terrorists in Afghanistan should bear in mind that they themselves will finally be the losers,” warned the Iranian former foreign minister.

“Afghan people deserve peace and when Afghan refugees entered Iran forty years ago, we did our best considering the capacities of Iran at that time to help our Afghan brothers and sisters,” he articulated.

Referring to the fact that currently more than 500,000 Afghan children are enjoying free school education in Iran, he underlined that it is not a service offered to Afghan refugees but it is the duty upon Iran in regards to a troubled neighbor.

“The Iranian people and Establishment have spared no efforts to help Afghan refugees. We are hosting more than 3 million Afghan refugees in Iran,” he added.