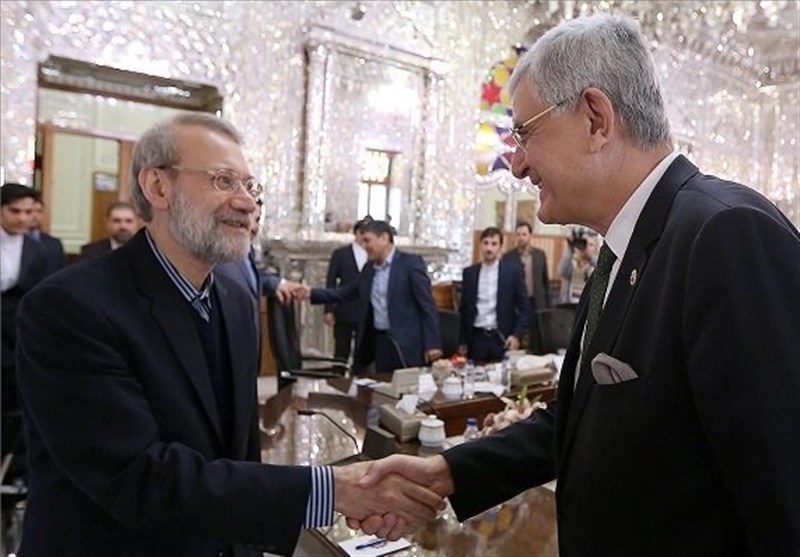 Iranian Parliament Speaker Ali Larijani praised the common stance of Tehran and Ankara about fighting terrorism and said the two countries have proven that they are unwavering in their support for the anti-terror campaign in the Middle East region.
Speaking at a meeting with Chairman of the Foreign Affairs Committee of the Grand National Assembly of Turkey Volkan Bozkir in Tehran on Monday, Larijani hailed the growing relations between Iran and Turkey as “age-old” and said the two countries have numerous cultural commonalities.
“One of the important issues that necessitate closer cooperation among independent countries is the issue of fighting terrorism,” he said, adding that unfortunately, the scourge of terrorism has not ended yet because of some countries’ support for the phenomenon.
However, he added, Iran and Turkey have proven that they are steadfast in the fight against terrorism.
MP Bozkir, for his part, said the Turkish people are very fond of the Iranians, adding that the two countries enjoy very close ties.