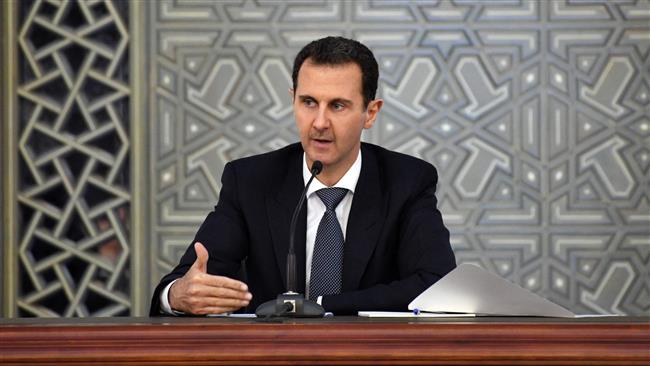 President Bashar al-Assad has reiterated Syria’s resolve to continue battling terrorism with the help of Iran and Russia, amid efforts for the peaceful settlement of the crisis in the Arab country.
Assad made the remarks in a meeting with Iranian Deputy Foreign Minister for Arab and African Affairs Hossein Jaberi Ansari in the Syrian capital Damascus on Saturday, according to Syria’s official news agency, SANA.
Syrian Deputy Foreign Minister Faisal al-Mekdad and senior presidential adviser Bouthaina Shaaban were also present at the meeting.
Iran and Russia have been offering military advisory support to the Syrian government in its battle against extremist militants.