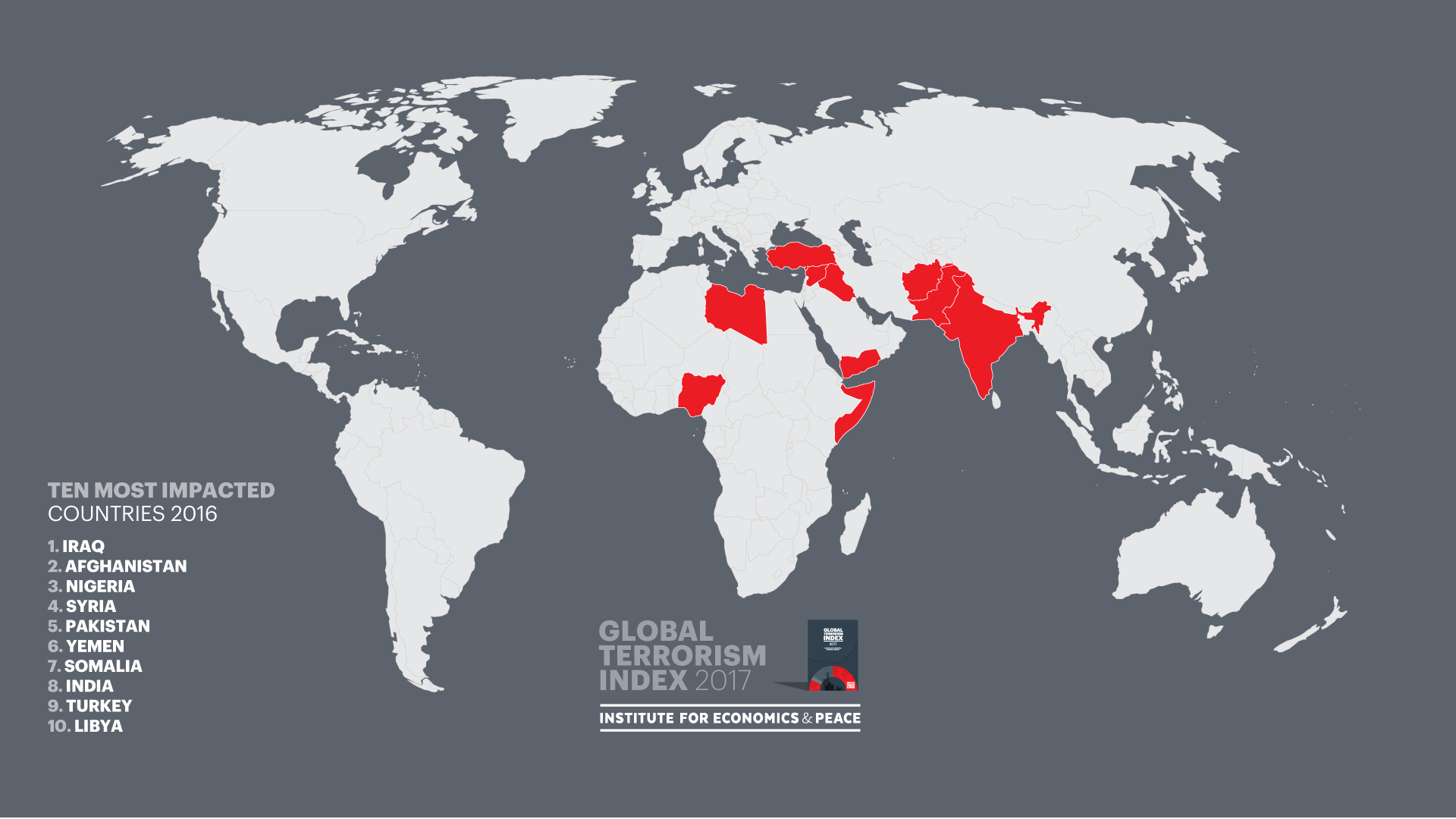 The Institute for Economics and Peace (IEP) has published the 2017 Global Terrorism Index (GTI), measuring and understanding the impact of terrorism. Some of the most interesting results show that for the second year in a row, the number of deaths caused by terrorism has decreased and yet the number of countries with terrorist attacks has increased.
These results demonstrate the capabilities of the new wave of terrorism to expand and reach new countries, despite the apparent reduction in harm caused. These results can be explained by the broader trends of terrorism, which have shifted significantly in recent years as the concentration of attacks can be categorised into two parts.
The first is concentrated in the countries where terrorist groups are based such as Syria, Iraq, Afghanistan, Pakistan, Nigeria, etc. In these countries, terrorist groups have greater freedom of movement and access to materials to undertake large-scale attacks and cause maximum damage and loss of life.
The second relates to the spread of terrorism in first world countries, and makes terrorism a truly global threat, a growth that has been spearheaded by Daesh. In these countries, there is far less freedom of movement and access to materials, so the tactics are based on lone wolf and non-sophisticated operations. In addition, as Daesh loses strength and ground in its home countries, it is putting more effort into encouraging and promoting these seemingly unconnected lone wolf attacks.
This phenomenon explains the lower casualty rate despite the increased reach of terrorism globally. However, it is important to note, that while casualties are lower in these attacks, the fear and perceived threat is even higher, as these countries are used to enjoying far safer environments than the countries that terrorists traditionally inhabit. This increased fear in new countries is what creates the perception of increased global terrorism.
Another interesting finding in the report is that major terrorist groups such as Boko Haram, the Taliban and Al Qaeda were not responsible for the majority of fatalities in 2016, but rather Daesh was.
Despite this, there has clearly been a strengthening of the Taliban in Afghanistan recently, with the support of existing networks including criminal groups. Recent Taliban attacks demonstrate improved logistic and technological skills and capabilities, which is likely a result of support from the drug trade coming out of Afghanistan which has doubled in recent years.
On the other hand, according to the GTI report, Nigeria has enjoyed the most significant decrease in terrorism. According to the report this, “reflects both the success of the Multinational Joint Task Force against Boko Haram as well as fractures within the group.” Clearly there are lessons to be learned from these successes and applied to other terrorism hot spots.
The GTI report also highlights the role of internal conflict in promoting terrorism.The greater the conflict, the faster terrorism spreads. Iraq and Syria are a demonstration of this phenomenon and it highlights the importance of resolving conflicts quickly. It also highlights the importance of avoiding any further conflict in the Middle East where potential crises could easily develop as a result of political immaturity in countries like Lebanon and Kurdistan.
So, while we are seeing terrorism in more countries, this phenomenon is partly a result of the weakening of Daesh in its home country. The lone wolf attacks may increase as Daesh continues to be crushed, but the capacity to confront terrorism at its heart is increasing significantly. There is hope that we are increasingly containing the threat and saving lives. In doing so we must be mindful of the evolving threat and the birth and rebirth of new terrorist networks working in close collaboration with organised crime. 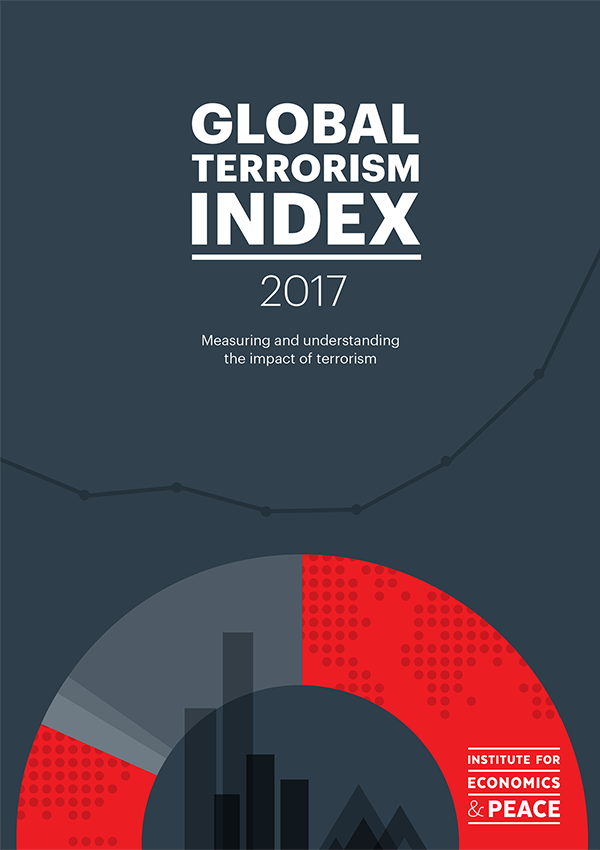