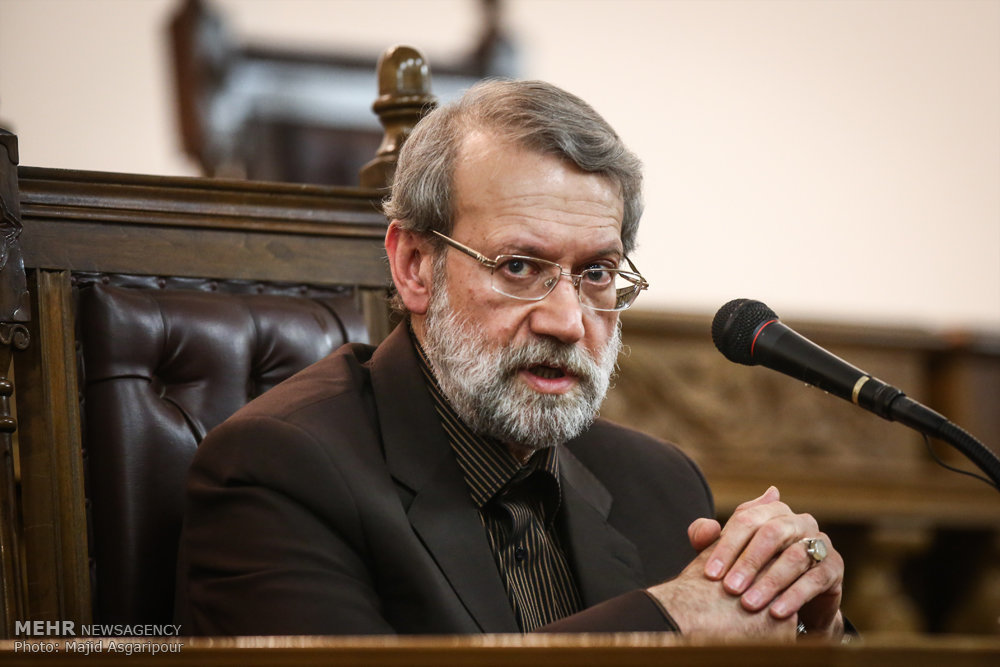 Tehran Times
Iranian Majlis Speaker Ali Larijani said on Saturday that countries in the region are seeking new ways to fight terrorism.
Larijani made the remarks while speaking to reporters ahead of his departure to Islamabad to participate in a conference on terrorism and inter-regional connectivity.
The top Iranian parliamentarian added that the six countries have always highlighted a campaign against terrorism.
"The campaign against terrorism in the past had not been so successful and after attending to the active elements in the region and alertness to them, modern approaches were pursued by the regional countries to offer a solution in the fight against terrorism," he said.
Parliament speaker from Russia, Turkey, Afghanistan, China and Pakistan are also scheduled to attend the conference that opens on Sunday.
Larijani said that “durable strategies” to fight terrorism are supposed to be discussed during the conference.
He also pointed to close Tehran-Islamabad relations and said on the sidelines of the conference he would hold separate meetings with his counterparts on possible avenues to remove obstacles in the way of further cooperation in various fields and expand economic ties.
Pakistan's National Assembly Secretariat is hosting the three-day conference focusing on Parliamentary Cooperation for Peace, Connectivity and Prosperity in the region.