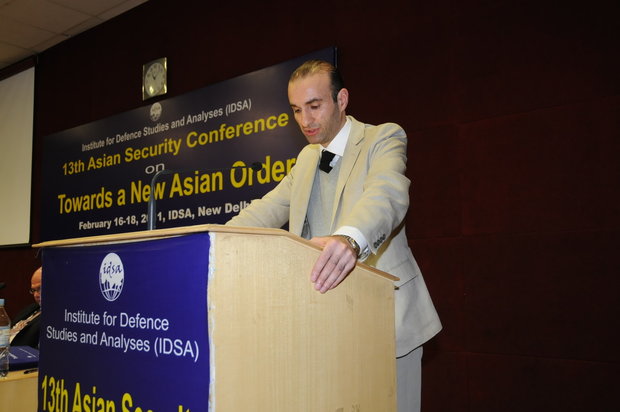 Referring to the measures that should be taken in post-ISIL era, Prof. Arshin Adib Moghaddam, believes the origins of ISIL are geopolitical and ideological.

In recent weeks Islamic Republic of Iran, Russia and Iraq declared 'victory' over the ISIL terrorist group in Iraq and Syria as the Takfiri group cling to just a few remaining scraps of territory.

Iran beside Russia is one of the main international backers of Syrian legal government to fight ISIL on the ground in Syria and Iraq.

To discuss the reasons why such a terrorist group appeared in the region and what should be done in post-ISIL era to avoid repetition of rising of such groups, we reached out to Arshin Adib Moghaddam, Professor in Global Thought and Comparative Philosophies and Chair of the Centre for Iranian Studies at the London Middle East Institute.

Following is the text of his interview:

Basically what is the origin of extremist Takfiri ideology of ISIL (Daesh)? What elements and reasons lead to strengthening of such groups in some parts of the Middle East?

The origins are partially geo-political and partially ideological. In terms of ideology, ISIL must be placed on the extreme right-wing of the ideological spectrum, close to fascism and neo-Nazism. It is an ideology premised on terror and death, a cult that is devoid of human spirit, compassion and culture. I would call it a death cult. For sure, Islam has been abused for many ideological projects, but the modus operandi of ISIL is unique in its use of terror to pursue political aims. In terms of geo-politics, terror movements such as Daesh take advantage of situations of anarchy, when the absence of the central state, for instance in Syria, Iraq or Yemen, creates a void that such movements lodge into.

How do you evaluate the role of some intelligence services of some regional and transregional states namely Saudi Arabia and the US in supporting these extremist terrorist groups?  What are their goals behind such supports to ISIL?

There is circumstantial evidence to that end. I don't think such collusion is strategic. There are many tactical maneuvers by the actors in the region that have created even more chaos and human misery. Everyone is to blame for the plight of the civilians and the death and destruction that has become the reality for everyone associated with this region. Allow me to add, that the ongoing humanitarian disaster in Yemen was not created by US imperialism or even Daesh. It is the ongoing hegemonic ideological projects that created the misery in Yemen and elsewhere. All actors including the Iran have to change their policies if they intend to bring about a real strategic solution to the disasters in the region.

ISIL or other terror movements such as Al-Qaeda in the past will always be footnotes in the history of the region because they are terrorist entities that are anti-human. They are rejected by the majority of the people in the world, certainly Muslims. I expect that movements like this will continue to use terror in the short and middle term until the region is truly pacified which can only come about through enlightened governance and regional leadership that moves beyond zero-sum calculations. I have expressed such peace mentality in my previous interviews.

What measures particularly the cultural ones should be taken in the region to avoid ISIL’s re-emerge like the re-emerge of al-Qaida in some countries?

Cultural exchanges, art festivals, poetry recitals, peace vigils, an Islam that is devoid of hegemonic projects, a discourse of cooperation and diplomacy, a politics of pluralism and democracy. The methods are there, the ideas are expressed by us intellectuals of peace, in our books and our daily lectures - what is missing are politicians that would translate them into real actions beyond empty promises.