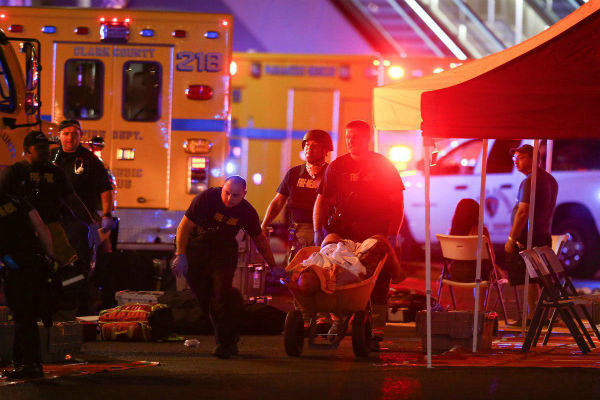 The shooter was identified as 64-year-old Stephen Paddock.

Police officers stand along the Las Vegas Strip outside the Mandalay Bay resort and casino during a deadly shooting near the casino, Sunday, Oct. 1, 2017, in Las Vegas

Paddock was said to have opened fire on a crowd of more than 22,000 concert-goers from his hotel room on the 32nd floor of the Mandalay Bay Hotel on Sunday evening.

The death toll of the mass shooting in Las Vegas stands at over 50, while more than 500 people were injured, Sheriff of the Las Vegas Metropolitan Police Department Joseph Lombardo said Monday.

The Las Vegas police confirmed earlier on Monday that the suspect who'd been apprehended was “down.” The police continued to urge people to avoid the area; part of the highway was closed off.