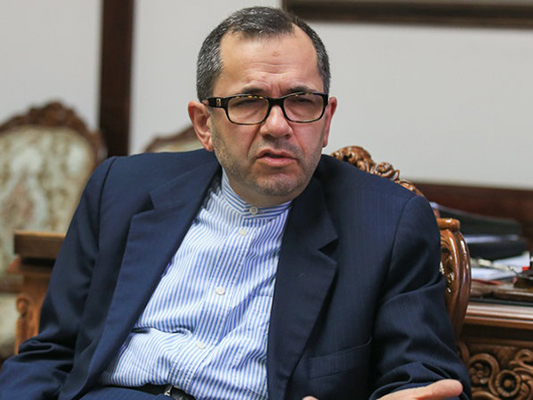 Iran has lodged its official protest with the French government for allowing the terrorist Mojahedin-e-Khalq Organization (MKO or MEK) to hold its annual meeting in Paris.

Iran’s Deputy Foreign Minister for European and American Affairs, Majid Takht-Ravanchi, lodged the Islamic Republic’s official protest against the recent MKO gathering in Paris in a meeting with the Secretary-General of the French Ministry of Foreign Affairs Christian Masset in Tehran.

The meeting was part of the third round of political talks between Iran and France at the level of Deputy Foreign Ministers.

The Iranian official also referred to the nuclear deal between Iran and the six powers and said Tehran cannot remain indifferent to the US non-compliance with the Joint Comprehensive Plan of Action (JCPOA).

He went on saying that Iran has fulfilled its commitments under JCPOA and thus cannot remain silent when it sees the US is not living up to its commitments as per the nuclear deal.

Takht-Ravanchi also emphasized that all sides are responsible to implement the JCPOA, adding Iran has fulfilled its commitments and consequently expects the other sides to do the same.

Masset, for his part, underlined the need for full implementation of the JCPOA, and recalled numerous opportunities for promoting bilateral relations.

Noting that his country is determined to bolster ties with Iran, French official hoped that cooperation will improve in the bilateral, regional and international levels.