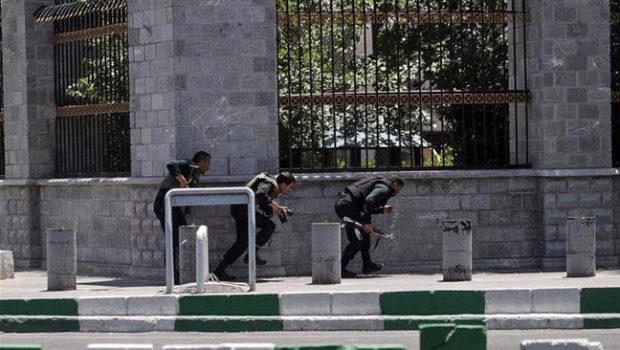 In the past, I had a well-informed Israeli source who confirmed Israeli participation in assassinations of Iranian nuclear scientists and explosions at missile bases. Unfortunately, this source passed away some time ago. So what I write here will be based on informed speculation.

Who gains from the rather spectacular terror attack on two of Iran’s most secure and hallowed institutions: the Majlis and Ayayollah Khomeni’s tomb? Of course, the Islamic State (IS) group, which has claimed responsibility, and with whom Iran is engaged in a vicious battle in Syria and Iraq. Nominally, that is likely the case.

But no terror group, no matter how adept could manage to organise and execute an operation of this sort. It required the help of one or more national intelligence agencies.

Those who have the most to gain and most capability are the Saudis and Israelis. Both hate the Iranians (for different reasons). Since they know they cannot yet sabotage the most important sign of Iranian reconciliation with the West– the P5+1 nuclear deal - the next best thing is a dramatic strike at the heart of Iran itself.
Not waiting for battle?

As I wrote earlier this week, Saudi Arabia’s new king and crown prince are hardliners flexing their nation’s military might in Yemen and Syria. Iran is yet another enemy they long to defeat.

For this reason, the Gulf states’ newly declared attack and siege against Qatar, a result in some measure of its moderate stance regarding Iran, is part and parcel of this hardening of relations in the region. All of which is directed from Riyadh.

More support for the claim of Saudi support, if not direct involvement, comes from a statement which the kingdom’s deputy crown prince made in early May: "We won’t wait for the battle to be in Saudi Arabia. Instead, we will work so that the battle is for them in Iran,” Salman added.

It’s more than a coincidence that just last month, Voice of Israel’s Persian service went off the air in Israel as a result of the transition to a new broadcasting model, despite the protests of veteran Israeli Persian hands like broadcaster Menashe Amir. On Wednesday, just hours after the terror attack, the Persian service (which is largely funded by the Israeli defence ministry) suddenly resumed operations. Trust me, developments like that in Israel are not accidental.
Exploiting grievances

Meir Dagan, when he was Mossad chief, told an Israeli interviewer that Israel exploited internal ethnic grievances inside Iran to foment strife and terror attacks. Thus it’s no surprise that, according to Muhammad Sahimi, the editor of Iran News & Middle East Reports, the attackers in Tehran were reported to be Iranian (Sunni) Kurds who nurse longstanding aspirations for autonomy within Iran.

The Mujahedeen-e-Khalq (MEK), a long-standing Iranian opposition group, has collaborated with the Israelis on those earlier operations. So they are likely to have played a role as well. The group retains thousands of secret supporters within Iran who would have helped smuggle arms into the country, stashed them once they arrived, located safe houses for the attackers, and helped scout out the targeted sites.

Nor can we discount the newly unleashed terror capabilities of the CIA under its new director of Iran operations, “Ayatollah” Michael D’Andrea. It’s wholly credible that since Trump cannot yet abolish the nuclear deal, that he’s chosen the next best thing: appointing a CIA leader with a “knife in his teeth” primed to shed the blood of Iranians in the streets of Iran.

In terms of who gains, let’s not forget another major beneficiary: Iran’s hardliners in the Revolutionary Guard and clerical class. Their view of the world sees enemies everywhere, especially among Sunni Muslims and the West. Now they can spin a tale of all those parties uniting in desperate measures to spill the blood of Shia martyrs. A perfect script for the conservatives.

Pouring kerosene on a bonfire

But overall, what does this attack gain for anyone involved? Mainly, it serves to unite the anti-Iran coalition. It raises the flag of the rejectionists who see Iran as the ultimate evil. It also strengthens the rejectionists in Iran and weakens the moderates led by newly-re-elected President Hassan Rouhani.

Though Ayatollah Khamenei’s hand-picked candidate lost badly in the election, the supreme leader and his conservative allies will have little trouble arguing that such violence deserves an angry and forceful response: the opposite of the position the moderates would take.

This attack sets the tone for the coming years: tit-for-tat terror attacks against Iranian and Saudi targets, part of an ongoing intra-Muslim feud that could inflame the entire region, if not the world - with the US president doing his level best to pour kerosene on the bonfire.

Those Western nations who envision a different future must unite to fight back against this approach. They must produce a moderate, conciliatory policy which eases sanctions, promotes trade and cultural engagement, and establishes a viable alternative to this bloodbath. They must act now or face the consequences. Inaction means death.